After an injury, a former No. 2 overall pick has officially been waived 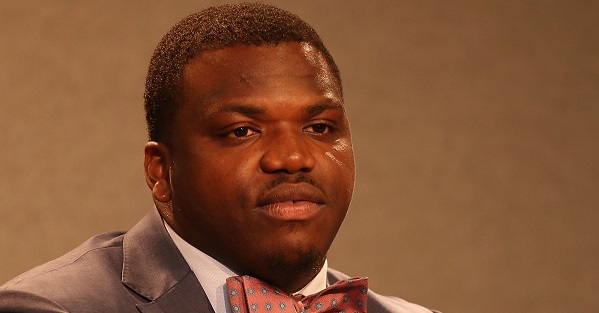 When the St. Louis Rams (yes, the St. Louis Rams) selected Greg Robinson with the No. 2 overall pick in the 2014 NFL Draft, it was widely seen as a safe pick. After all, Robinson was a wildly talented offensive lineman at Auburn and, for the most part, he was evaluated as a consensus top-five player at a position with relatively high downside. However, things have not gone well in the slightest for Robinson at the professional level and that point was reemphasized on Friday.

Robinson was waived by the Detroit Lions after missing two straight games with an ankle injury and, even with the caveat that he was cut with an injury designation, this remains an indictment on his level of play. The 25-year-old landed in Detroit back in June as something of a stop-gap but, despite his (very) young age at 25, there is virtually nothing to suggest that Robinson will be paying off on his considerable upside and potential.

The former SEC standout wasn’t ghastly in his limited play with the Lions but, in the same breath, he widely graded as a negative player at the tackle position and that has to be taken with relative confidence at this point in time. Because he remains young and talented, it seems likely that Robinson will latch on elsewhere and there is a potential for a position change that could reinvigorate his career. Still, this isn’t ideal and the clock is most certainly ticking on his NFL tenure.