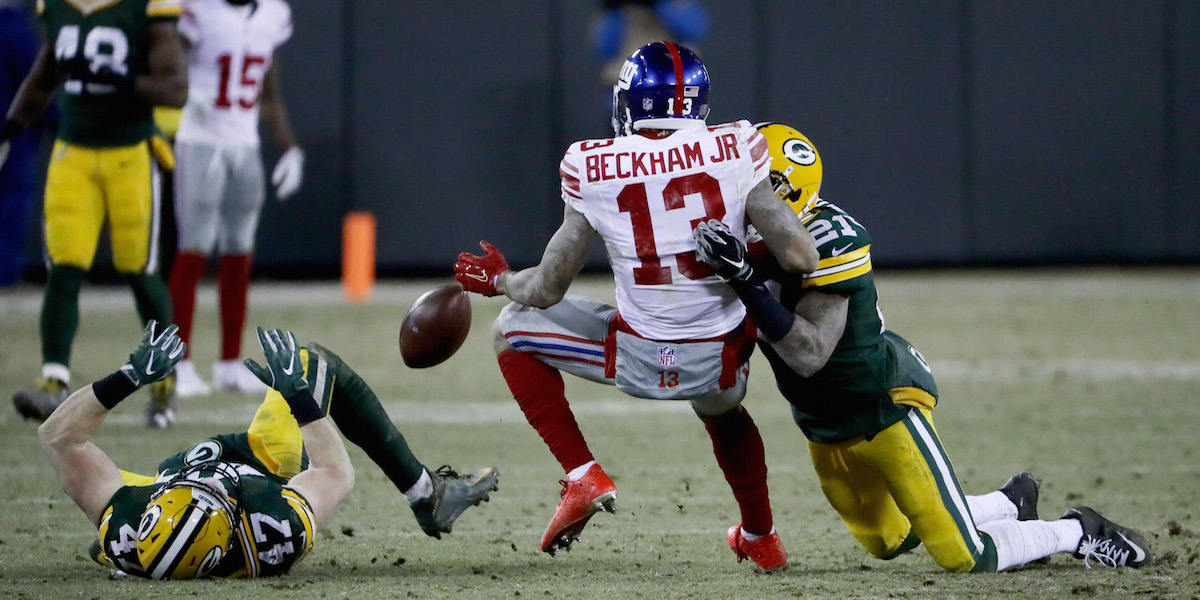 Clinton-Dix wrote the names of officers Matt Baxter, Sam Howard, Debra Clayton and Norman Lewis — all of whom died in the line of duty in the safety’s native Central Florida area — on his cleats prior to the game and shared a photo out of respect to the families of the slain officers.

Added 2 more angels to my cleats in respect to families who loss Two HEROS in the community. #SAMHOWARD #MATTHEWBAXTER #RIP 👮🏾‍♀️👮🏾👮🏿👮🏻 pic.twitter.com/JLT0ZxETWu

NBC Sports‘ Michael David Smith provided some background information on the officers and their link to Clinton-Dix:

The four officers Clinton-Dix recognized were Matt Baxter and Sam Howard of the Kissimmee, Florida, Police Department, who were shot on Friday, as well as Orlando Police Sgt. Debra Clayton, who was shot in December, and Orange County Sheriff?s Officer Norman Lewis, who was killed when his car crashed in the manhunt for Clayton?s killer. All four are from the area of Florida where Clinton-Dix was raised.

Clinton-Dix enters his fourth NFL season after being selected by the Packers at No. 21 overall in the 2014 NFL Draft. The former Alabama standout made his first Pro Bowl appearance this past season and was also a PFWA All-Rookie Team member in 2014.