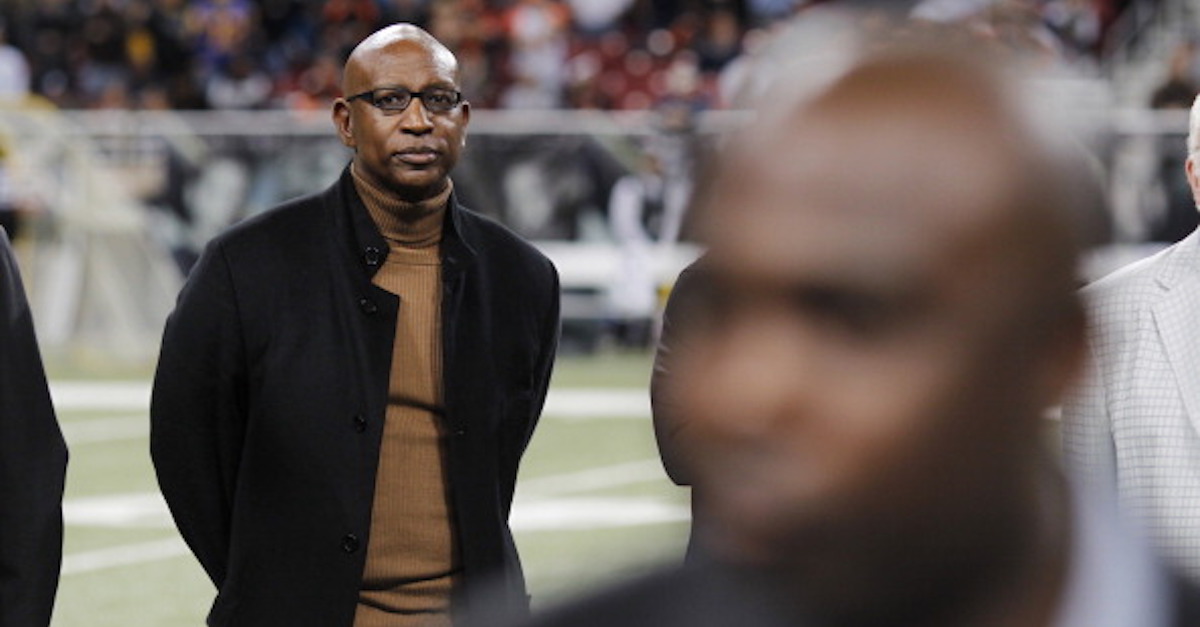 Joe Robbins/Getty Images
ST. LOUIS, MO - DECEMBER 18: NFL Hall of Famer and former Rams running back Eric Dickerson looks on during a ceremony at halftime of the game between the St. Louis Rams and the Cincinnati Bengals at Edward Jones Dome on December 18, 2011 in St. Louis, Missouri. The Bengals defeated the Rams 20-13. (Photo by Joe Robbins/Getty Images)

Eric Dickerson knows a thing or two about football, right?

In 12 NFL seasons, mostly with the Rams and Colts, but also with quick stops near the end with the Raiders and Falcons, Dickerson rushed for 13,259 yards and 90 touchdowns. He also caught 281 passes over those 12 seasons, converting those into 2,137 yards and six touchdown receptions. Dickerson was a six-time Pro Bowler and a five-time All-Pro. Ultimately, he was inducted into the NFL Hall of Fame and there’s little arguing the fact that he was well deserving of the honor. Frankly, Dickerson is one of the best overall players of all-time, let alone one of the top running backs to play the game.

So yeah, he brings plenty of credibility to any football discussion, so it makes sense that FOX decided to add him to its lineup of NFL analysts. Mike Florio of Pro Football Talk is reporting the addition, as well as other media outlets.

This is a big move for the former NFL running back, who did have a quick stint as a sideline reporter for Monday Night Football back during the 2000 NFL season, a gig that didn’t really turn out too well. In fact, Dickerson was so uncomfortable on the sideline, ironically, that Saturday Night Live did a spoof of him using the always aloof Tracy Morgan:

In the clip, SNL portrayed Dickerson as rambling and hard to understand, leading to baffled expressions from the booth crew.

Of course, that was a long time ago and it’s very likely that Dickerson has improved in his delivery over the years. It’s also much easier to be an analyst reacting to a game — a game that he knows very well — rather than a reporter adding to the coverage from the sidelines.

It will be interesting to see how Dickerson’s latest television stint plays out.