Here’s why a Patriots player was yelling at teammates, officials at the conclusion of Super Bowl 51 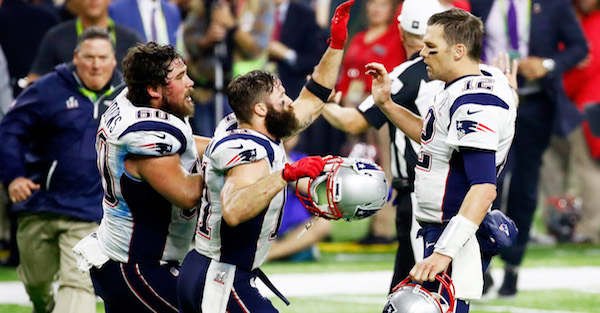 James White plunged across the goal line to end Super Bowl 51’s overtime thriller (although that final play has been called into question) and at least one member of the New England Patriots was as confused as anyone.

It was only after Bill Belichick himself told Edelman that the play wouldn’t be reviewed that he could actually celebrate.