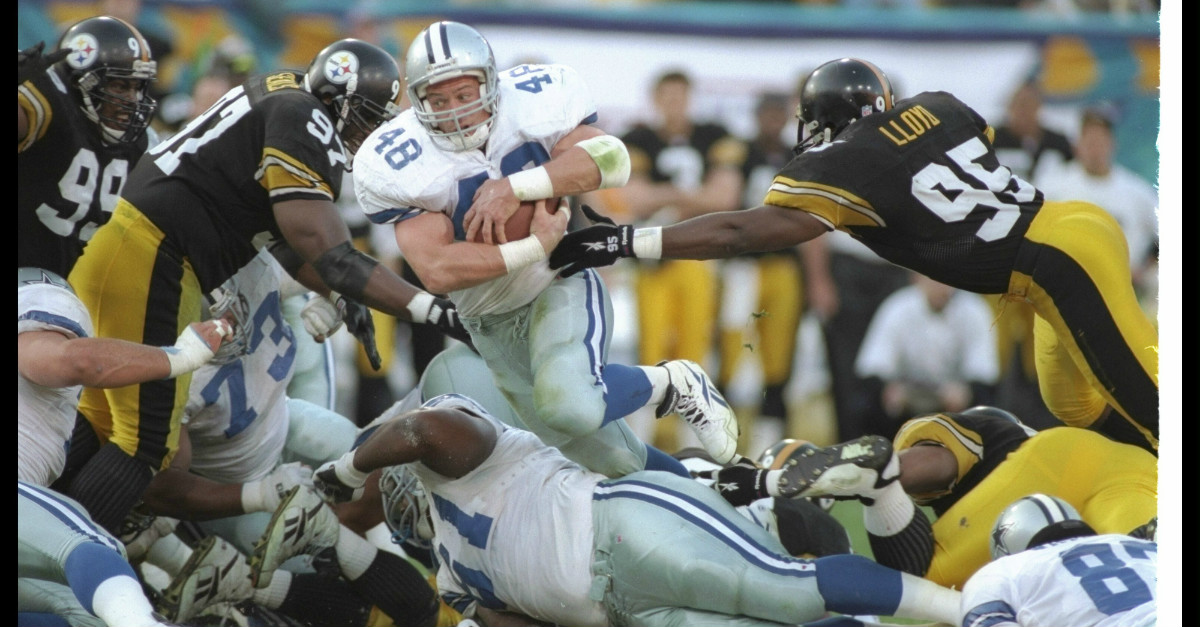 Whether you think deflating a football is cheating or not, the Patriots broke the rules when they tampered with footballs. Getting an unfair advantage has been commonplace in sports for years. Cowboys great Daryl “Moose” Johnston said Dallas’ offensive used silicone on their jerseys when he played for them in the 80s and 90s, which is a rules violation.

There’s a big difference between Dallas’ cheating and New England’s cheating, he says. The officials were OK with the Cowboys using silicone on their jerseys.

“I think there is no comparison to what Tom Brady is accused of doing,” Johnston said, via the Dallas Morning News. “… Our linemen did put silicone on their jerseys, but we had officials come into our locker room. Even though they were pushing the envelope to gain an advantage, there were officials who were coming into the locker room and monitoring.

When you compare what Dallas did to New England’s fiasco, it’s clear that the Patriots were trying to alter game-approved footballs after officials completed their pre-game checks.

“The Patriots’ situation is different. It’s a standard league rule to be a legal football, and the conspiracy to take the balls after inspection to what you prefer is completely different. It’s completely different when a quarterback infringes on the integrity of the game. It’s not apples to apples compared to a methodical thinking out process. I did not put silicone on my jersey. That’s something every offensive line was using in the ’70s and ’80s. That was something you did because you didn’t want the defender to grab you.”

Considering the success Dallas enjoyed while Johnston was a Cowboy, I’d say cheating definitely helped in some way.