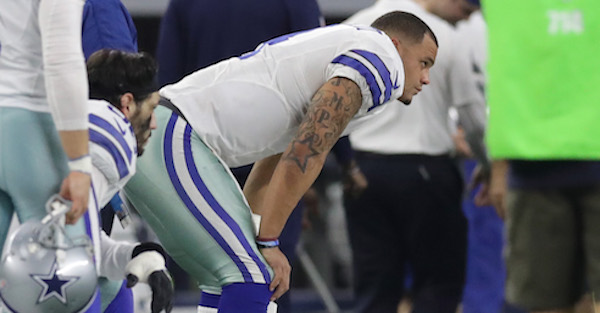 According to News 3 LV, what started out as two brothers watching the Dallas Cowboys-Green Bay Packers playoff contest resulted in one of the siblings stabbed to death.

According to the report. 40-year-old Justin Boyer (who was visiting from North Dakota) and 46-year-old Robert Boyer enjoyed the game and some drinks before the outcome of the contest had the two screaming at each other. A roommate reportedly separated the two before Justin Boyer attacked his brother.

That’s when police say, per the report, Robert Boyer feared for his life, grabbed a knife and stabbed Justin Boyer in self defense, who later died at a hospital.

According to the report, Justin Boyer suffered from a mental illness and the loss to Green Bay triggered his anger.