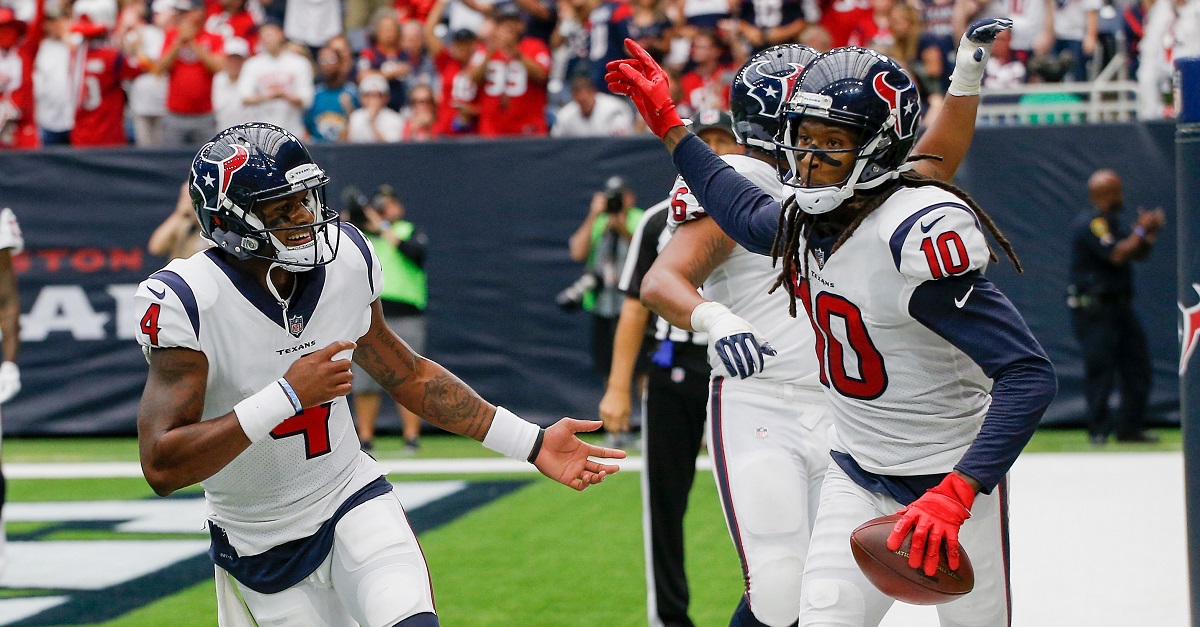 The Houston Texans created a bit of a controversy in their own camp when they drafted Deshaun Watson in the first round despite signing Tom Savage to a pretty big deal. However, it looks like that might be put to bed as they are reportedly set to name Watson the starter after one atrocious week from Savage.

Texans will go with Deshaun Watson as their QB Thursday night. Ankle shouldn't be an issue. 1st rnd pick is their new starting QB

Savage went 7-of-13 for 62 yards and was sacked six times in the first half on the Texans’ way to a 19-0 halftime deficit. That prompted coach Bill O’Brien to put in Watson who was slightly better — but was also throwing all game because of the deficit — with 12 completions (out of 23 attempts) for 102 yards to go with a touchdown and interception. He also ran twice for 16 yards.

The former Clemson star and National Champion will get a chance to show he was worth the No. 12 overall against the Cincinnati Bengals on Thursday night.