Houston Texans will cut ties with running back Arian Foster 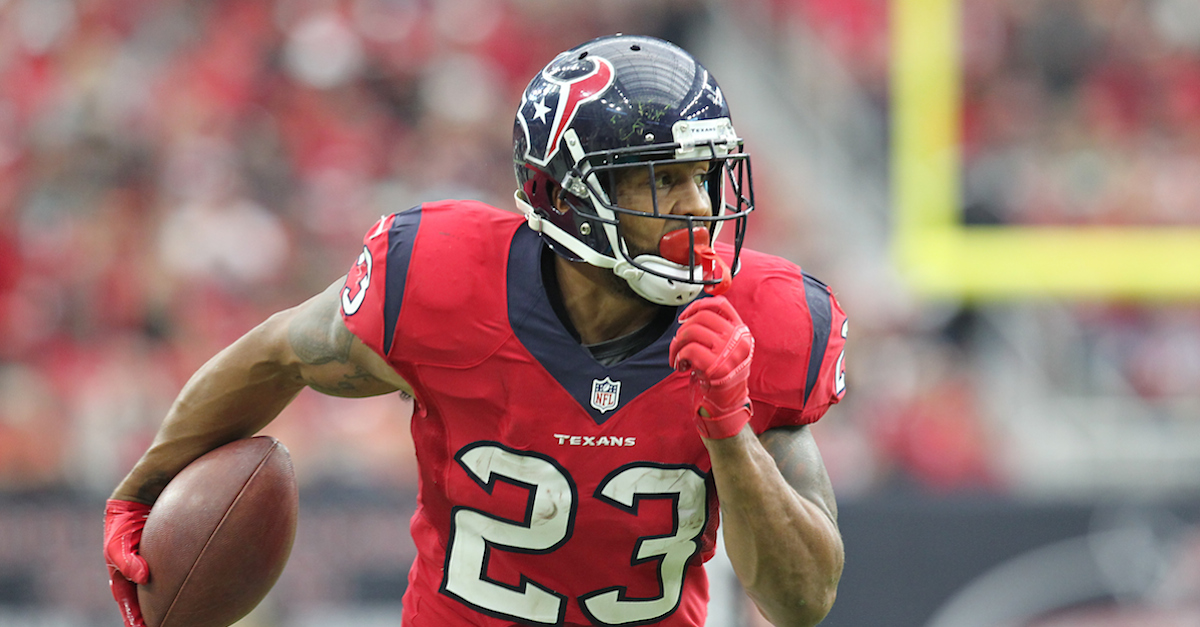 HOUSTON, TX- NOVEMBER 02: Arian Foster #23 of the Houston Texans runs after the catch for a touchdown against the Philadelphia Eagles in the second quarter in a NFL game on November 2, 2014 at NRG Stadium in Houston, Texas. (Photo by Thomas B. Shea/Getty Images)

Longtime Texans running back Arian Foster will be in Houston no longer, as of Thursday morning. The team released Foster after seven seasons, and putting up the league’s best single-season rushing performance in 2010 with 1,616 yards. Foster’s agent released a statement from his Twitter account that appeared to suggest there was no bad blood between the two following the release.

What a great RUN @ArianFoster had with the @HoustonTexans! Thanks to the Texans & I'm personally excited what lies ahead for Arian!

Foster, who is 29, played in just four games last season and had just 163 yards on 63 carries — he was diagnosed with a torn achilles in late October that sidelined him for the rest of the 2015-16 season. Given Foster’s age, it’ll be interesting to see who, if anyone picks him up during free agency. ESPN’s Adam Schefter added a perfect tweet after the news of just how far Foster, who signed with Houston as an undrafted free agent, came under the organization.

In 2009, HOU gave an undrafted RB a $7,500 signing bonus. Arian Foster then gave HOU more rushing TDs + yds than anyone in franchise history