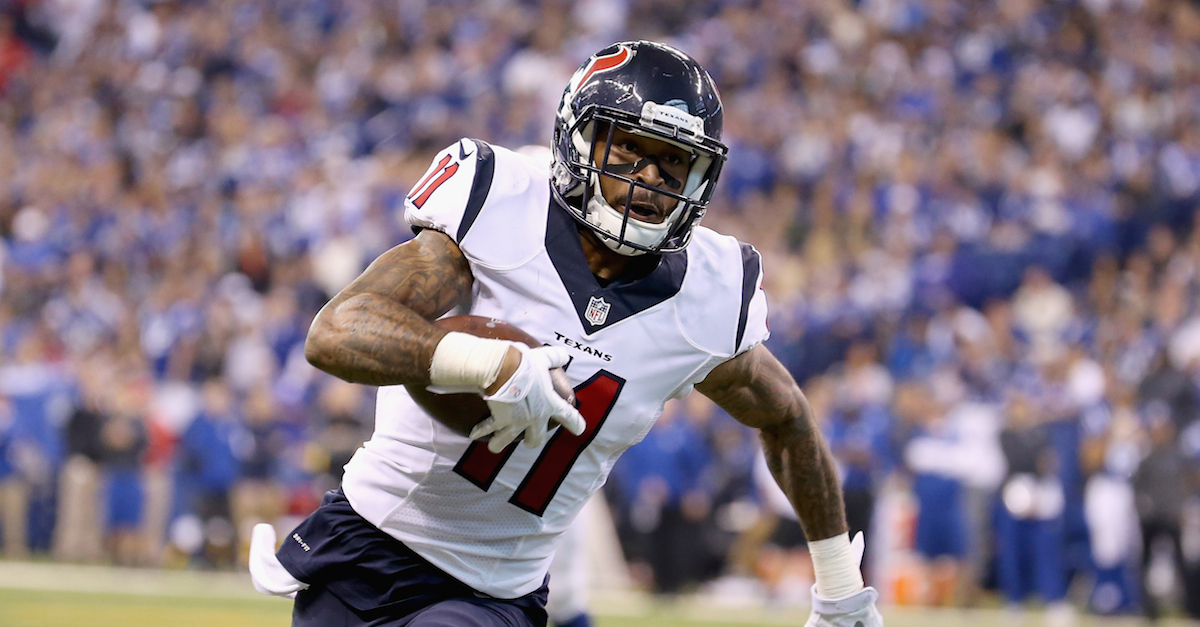 INDIANAPOLIS, IN - DECEMBER 20: Jaelen Strong #11 of the Houston Texans runs for the game winning touchdown against the Indianapolis Colts at Lucas Oil Stadium on December 20, 2015 in Indianapolis, Indiana. (Photo by Andy Lyons/Getty Images)

Houston Texans wide receiver Jaelen Strong was arrested on Sunday evening for possession of marijuana, according to ABC 15 in Phoenix, Ariz. According to the television station, Strong was pulled over by officers when they failed to see any visible plates on the Maserati Strong was driving. Officers then reportedly smelled a “heavy smell” of marijuana in the car and Strong admitted that he had marijuana without a medical marijuana card, and proceeded to give him a cigar box filled with three marijuana cigarettes inside.

Strong was booked into a Scottsdale jail and was later released.

“The Houston Texans are aware of the incident regarding (Strong) in Scottsdale, Ariz.,” Rick Smith, the Texans’ executive vice president of football operations, said in a statement via ABC 15.

“We are disappointed in the choices Jaelen made to put himself in this situation. We will have no further comment at this time.”

Strong was drafted by the Texans in the 3rd round with the No. 70 pick during last year’s NFL Draft. Last season with the Texans he saw 14 receptions for 161 yards and three touchdowns.