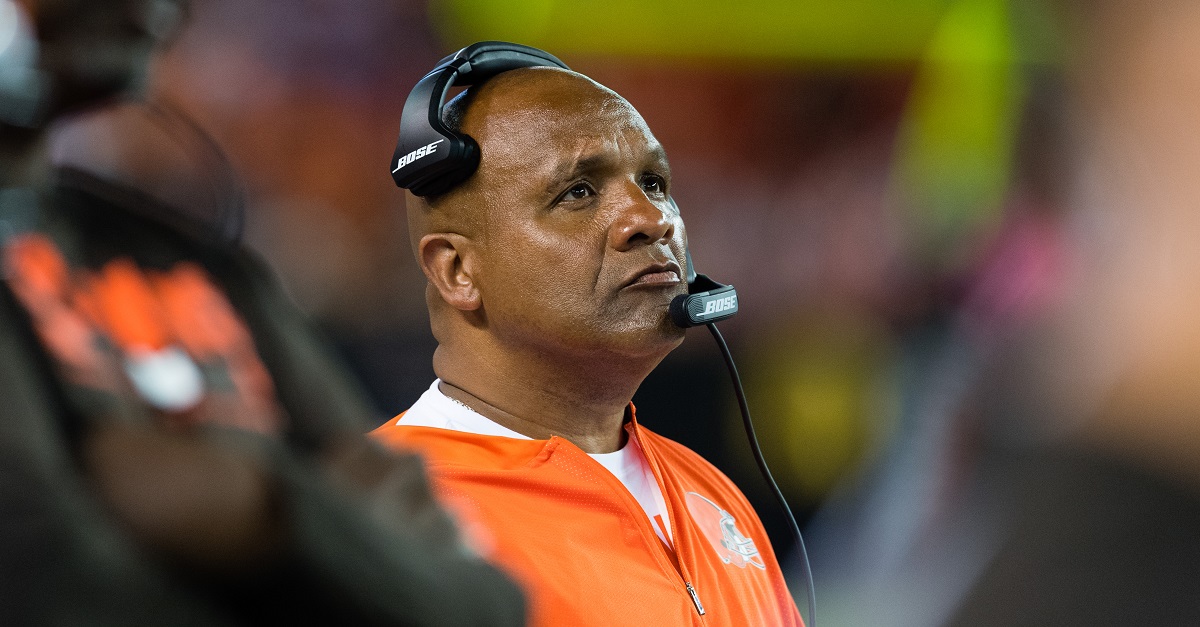 The Cleveland Browns have only two opportunities in 2017 to pick up a victory and, to this point, the team’s performance this season has been quite maddening. In some ways, there have been (somewhat) encouraging steps from the on-field product in that there is more talent on the field and, for the most part, a largely competitive atmosphere. In the same breath, though, losing week after week has taken a toll and that is evident by the upheaval in the front office mid-season.

In terms of specifics with the roster, the quarterback position has always been maligned in Cleveland and DeShone Kizer has taken quite a bit of flak this season. The youngster from Notre Dame always struggled mightily in the team’s most recent loss to the Baltimore Ravens, prompting head coach Hue Jackson to openly contemplate the future with Kizer under center.

?That?s a fair question, if he will ever get it. I think he will, but he has to keep working. Those are the things that he has to really fight against. That is one of the areas of the field where there have been some struggles, but there has also been some improvement. You want to keep it going that way. Today we took a step back.

?He didn?t see the things he needed. In those times of stress, he has to think through it and make the right decision and not let it take him over. ? We have all seen him do it better, but we have also seen, all of a sudden when it goes off the rails, it goes off the rails. He has to get better that way.?

Jackson’s open questioning of Kizer’s future is warranted, especially on the heels of a performance in which he compiled only 146 passing yards, two interceptions and an unsightly 10.6 QBR. It certainly wasn’t the first time that Kizer has scuffled this year and, in short, Jackson isn’t committing to finishing the season with him as the team’s starting quarterback over the final two weeks.

?I?m going to watch the tape and make the best decision for our football team because we?re still trying to win. We?re not here just trying to get through the season. I don?t look at it like that, and I?m not going to let our players look at it like that. We?re trying to win. If the best decision is to move forward in a different direction, we will. At the same time, I want [Kizer] to finish this if he can. We will see.

?I need to see where he is. This is tough on a young player. Let?s just be honest. This guy has been battling as hard as you can all year. He?s good one week and then not as good. I want to see where he is because this is about his future as a quarterback in the National Football League. It?s not just about letting him play and seeing this or seeing that. I want to do what is best for him.?

Kizer is an immense talent but, in some ways, this isn’t shocking and provides a window into the madness in Cleveland. It is something of an open secret that the team will look for a first-round quarterback in 2018 and, with no disrespect to Kizer, his talents have not popped off the screen in a way to deter that. Would the Browns be better off going to Cody Kessler or Kevin Hogan? Perhaps not, but it seems as if all scenarios are in play as December continues.