If Patriots lose one of their best players, they may look to immediately reload with one of the game’s elite 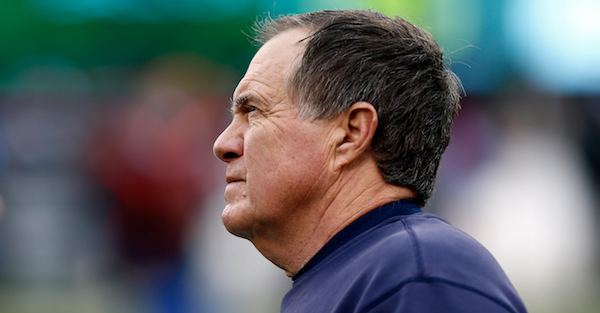 If the New England Patriots lose cornerback Malcolm Butler this offseason via trade or restricted free agency, they will need to acquire for another CB to play alongside newly acquired Stephon Gilmore.

There have been rumors that the Patriots might be interested in a reunion with Darrelle Revis, but a recent report from Jeff Howe of the Boston Herald suggests the Patriots have their sights set higher than Revis.

Related: Patriots were looking to shake up NFL with a blockbuster trade

The Seattle Seahawks have expressed some interest in trading cornerback Richard Sherman, and the Patriots might be in the mix for him if they lose Butler.

The Patriots have some interest in Sherman, per source, but wouldn't be expected to be on full pursuit unless they lose Malcolm Butler.

And finally, Richard Sherman would be amenable to a trade to the Patriots if it ever came to that.

Howe suggests the Patriots could make a three-way trade with the New Orleans Saints and Seahawks where Butler goes to New Orleans, the Seahawks get at least one first-rounder and possibly more, and the Patriots receive Sherman.

Butler is a restricted free agent, and he has until April 21 to sign his restricted free agent tender so he can be traded, so if a blockbuster trade happens, it will likely be closer to draft time. If Butler doesn’t sign with another team, the Patriots will owe him $3.91 million next season.

The Patriots don’t have first or second round picks as of now, though that could change if they deal Butler and/or Jimmy Garoppolo. Sherman has two years left on his deal, and the Seahawks owe him $14 million per season.

The Patriots are already the Super Bowl favorites, and if they are able to acquire Sherman, they will be the overwhelming favorite entering the 2017 season.