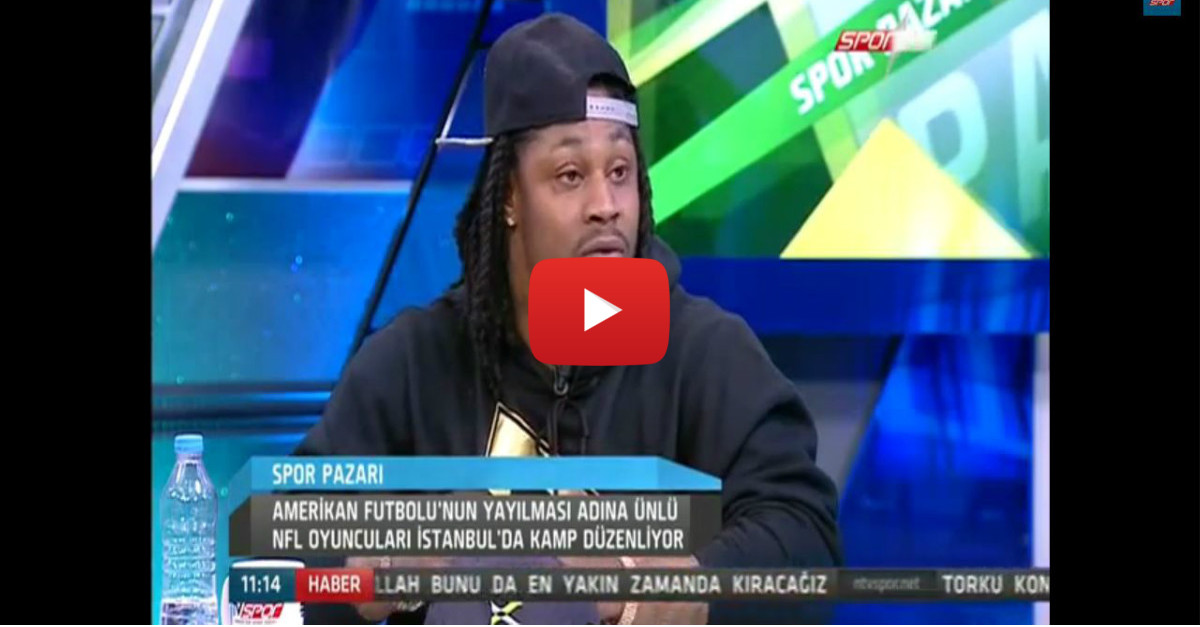 Marshawn Lynch had to travel to Turkey to give his first public comments about the Super Bowl and the questionable play call that led to the New England Patriots winning the game. As we all know by now, the Seahawks decided to throw a slant route on the one-yard line and the ball was intercepted by Malcolm Butler.

Lynch, like all of the nation pretty much, expected to get the ball, and he hints to the reason why he didn’t in this interview. Multiple unnamed Seahawks players believed that Lynch wasn’t handed the ball because he would’ve been given all of the praise and most likely would’ve been named the Super Bowl MVP. With Lynch’s antics, the players feel like the organization wouldn’t have wanted him to be the face of the team. Here’s what he said:

“To be honest with you, I would be a liar if I didn’t tell you that I was expecting the ball,” Lynch said.  “I think it was more of a — how do I say this?  When you look at me, and you let me run that ball in, I’m the face of the nation.  You know, the MVP of the Super Bowl, that’s pretty much the face of the nation at that point in time.  I don’t know what went into that call.  Maybe it was a good thing that I didn’t get the ball.  I mean, you know, it cost us the Super Bowl.”

It doesn’t matter if a conspiracy theory is true or not. It only matters if people believe them to be true, and some Seahawks players believe it is. Head coach Pete Carroll is going to have to handle this situation before the start of the 2015 season or there may be some animosity in that locker room.