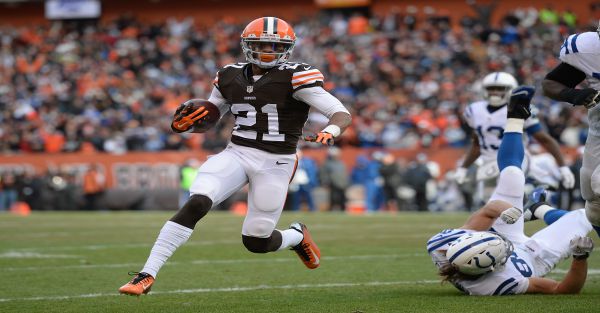 Cornerback Justin Gilbert was chosen eighth overall last year and has been a major disappointment for the Browns. While he spent most of his time on the bench last year, there was talk that he wasn?t working very hard during practice and hadn?t earned the respect of fellow teammates. He was deactivated for Week 17 due to his tardiness at a team meeting.

When someone asks a player whether or not his goal is to snag a position in the starting lineup, the answer is typically a very confident ?yes.? That was not the case for this cornerback.

It appears that Gilbert will remain a backup who won’t get much playing time. That was obviously not the plan when the Browns used up a Top 10 pick on him. It looks like Gilbert will go down as another bust, just like another Browns first-round pick. Quarterback Johnny Manziel was a disappointment as a rookie and is not expected to start this season.