J.J. Watt’s pick for best “football player in the world” isn’t quite who you’d think 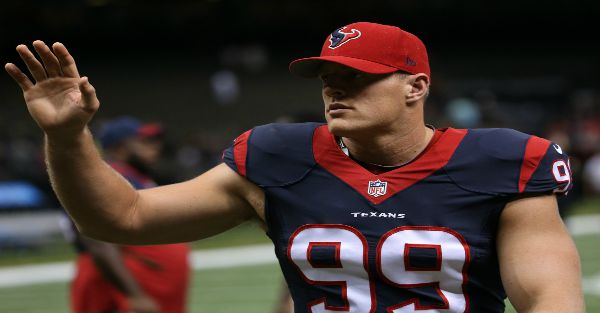 at the Mercedes-Benz Superdome on August 30, 2015 in New Orleans, Louisiana.

Houston Texan J.J. Watt has scored the most MVP votes of any defensive player in the past three decades. While he is arguably the best player in the NFL, Watt still doesn?t see himself as the No. 1 football player in the world. He believes the title belongs to Barcelona footballer Lionel Messi.

Messi is in Houston for a few international friendlies this weekend. He scored twice in Argentina?s 7-0 defeat of Bolivia at BBVA Compass Stadium on Friday. He even received an autographed jersey from his fan, Watt, during a training session.