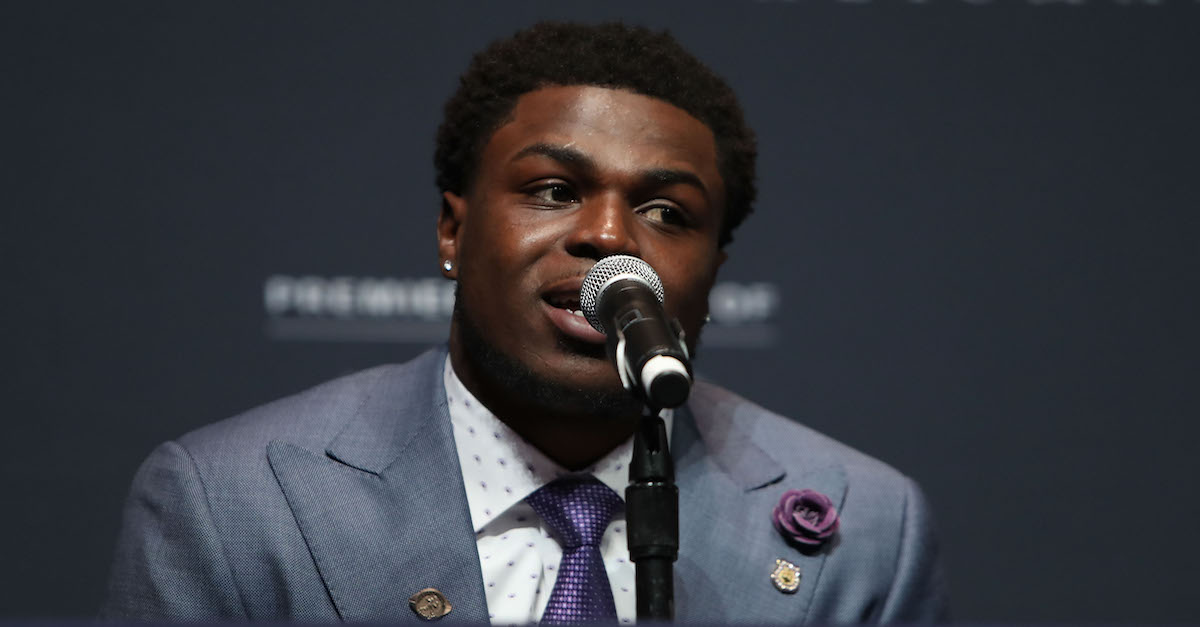 After the game, Peppers and DeValve spoke out on their decision to take a knee.

“There’s a lot of racial and social injustices that are going on in the world today. We decided to take a knee and pray for the people who have been affected, pray for the world in general. People think that when you reach a certain status in life that you’re not affected by everything that goes on in the world. We just wanted to show everybody that we can make statements without actually saying anything. We just band together, we’ve got to unite someway. It’s just too much hate in the world. We wanted to come together as men. We’re all high-quality men who were taught to stand up for what you believe in.”

“I wanted to take time during the anthem with my teammates to pray for our country and to draw attention to the fact that we have work to do. That’s why I did what I did.”

Teammates Britton Colquitt, Jason McCourty and DeShone Kizer were among those who placed a hand on their kneeled teammates.

The Browns issued a statement:

“As an organization, we have a profound respect for our country’s National Anthem, flag and the servicemen and servicewomen in the United States and abroad. We feel it’s important for our team to join in this great tradition and special moment of recognition, at the same time we also respect the great liberties afforded by our country, including the freedom of personal expression.”

?I think everybody has a right to do, and I get it, but the National Anthem means a lot to myself personally, the organization and our football team,? Jackson said when asked about anthem protests re-emerging in the NFL following the events in Charlottesville, Virginia this past weekend. ?I hope ? again I can?t speak, I haven?t really talked to our team about it ? I would hope that we don?t have those issues.?

The first name that pops up when discussing the anthem protest in NFL circles is former 49ers? quarterback and current long-time free agent Colin Kaepernick, but Oakland Raiders? running back Marshawn Lynch recently sat during the anthem before a preseason game and his former teammate in Seattle, defensive end Michael Bennett, did the same in his preseason contest.

This is a protest, and a talking point, that won?t go away anytime soon, and it?s worth noting that there?s certainly nothing wrong with having the discussion. These players aren?t protesting a paycheck or anything trivial like that, after all. They?re trying to shed a light on some major social issues that our country needs to talk about. The way they?re going about it may not agree with everybody, but as Bennett recently told ESPN, they?re trying to use their platform:

That?s a cause worth talking about, and one that has recently found its way to the Cleveland sideline.