NFL team has now apologized for its national anthem demonstration 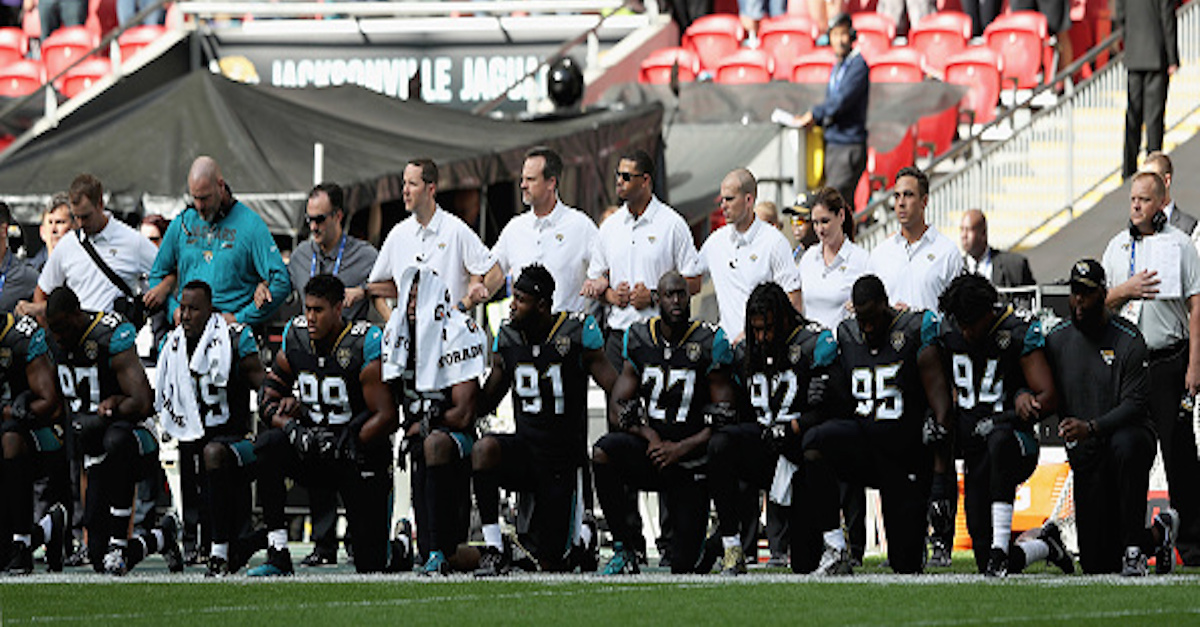 The Jacksonville Jaguars took a strong stance in late September on foreign soil, with some members of the team (about a dozen) kneeling during “The Star-Spangled Banner” while the rest, including owner Shad Khan, locking arms in solidarity.

That is a stance that the team and at least President Mark Lamping, regrets, according to a letter Lamping sent to the director of military affairs and veterans in Jacksonville. The letter was forwarded to Jacksonville Mayor Lenny Curry earlier this week and has been made public via his public email.

The Associated Press, via USA Today, passed on parts of the letter, a note in which Lamping said the team was “remiss in not fully comprehending the effect of the national anthem demonstration on foreign soil has had on the men and women who have or continue to serve our country.”

“The notion never entered the minds of our players or anyone affiliated with the Jacksonville Jaguars, but today we can understand how the events in London on September 24 could have been viewed or misinterpreted,” Lamping wrote. “We owe you an apology and hope you will accept it.”

While it’s obvious that those who have been taking a knee during the anthem haven’t been protesting the anthem or the flag itself, rather the systematic oppression and even police brutality towards minorities in the United States, the Jaguars’ protest was even more notable because the whole team stood when “God Save The Queen” was played at Wembley Stadium in London.

Though the Jaguars’ players who took a knee likely didn’t agree with the apology, this is undoubtedly a strong statement by the top brass of the organization.

It will be interesting to see how the players react on Sunday when Jacksonville takes on the Colts in Indianapolis.