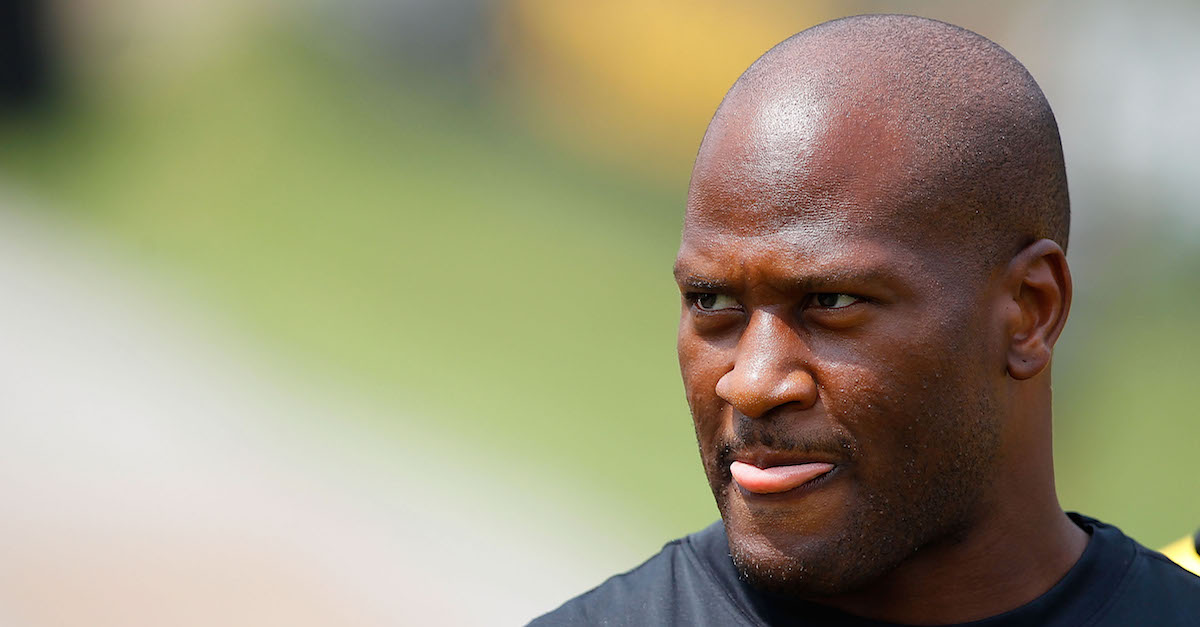 At one point, James Harrison was one of the top defensive players in the NFL. Nowadays, though, at nearly 40 years old, it seems that the Kent State University product is losing his touch.

In fact, he didn’t even see the field this past weekend against the Baltimore Ravens.

In fairness to the long-time Pittsburgh Steelers star, he was apparently sick this past weekend in the leadup to the game. According to what coach Mike Tomlin told Ed Bouchette of Pittsburgh Post-Gazette, that’s the reason he didn’t play this past weekend.

“James Harrison was sick and missed lot of prep time last week. That’s why he did not dress Sunday,” Bouchette reported.

Tomlin: James Harrison was sick and missed lot of prep time last week. That's why he did not dress Sunday

Harrison has played enough football over his 15 seasons that he likely doesn’t need much time to prepare for a game, so that should tell you how sick he was this past week. It may also say a bit about his role on this current Pittsburgh team as well, though, because in the past he was an integral part of the Steelers defense and a sickness likely wouldn’t have kept him out of a huge rivalry game against the Ravens.

So far this season, Harrison has played in only two of Pittsburgh’s four games. In Pittsburgh’s 3-4 defensive scheme, he’s considered a backup outside linebacker behind rookie T.J. Watt.

In 15 NFL seasons, Harrison has notched well over 500 tackles and 81.5 sacks. So far this season, he hasn’t notched a single stat.