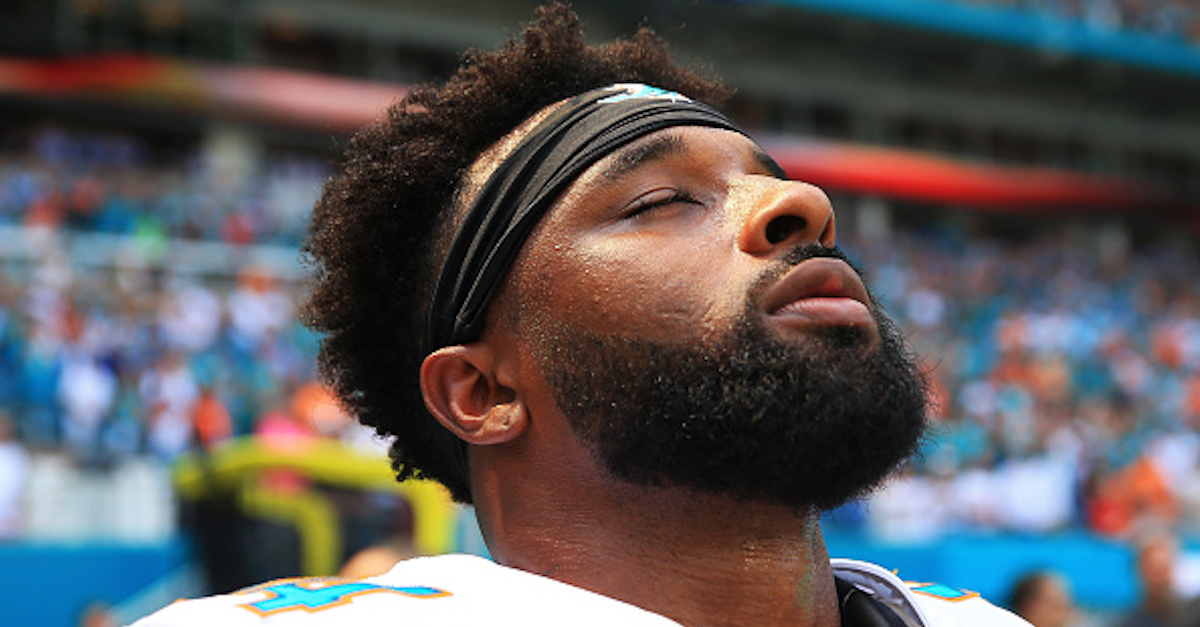 The Miami Dolphins have placed their non-exclusive franchise tag on wide receiver Jarvis Landry, the team announced on Tuesday.

We have placed the franchise tag on wide receiver Jarvis Landry.

Landry, who made $894,000 in 2017, is expected to be paid around $16.2 million, which is the projected salary for wide receivers getting the franchise tag this offseason.

The move allows the Dolphins to have the three-time Pro Bowler under contract for an additional season while both sides attempt to work on a long-term deal. However, since the franchise used its non-exclusive tag, the wide receiver is allowed to sign an offer sheet with another team.

If Miami doesn’t match an offer sheet, it would receive two first-round draft picks in exchange for Landry by his new team.

The 25-year-old led the league with 112 receptions in 2017. He also recorded 987 yards and nine touchdowns, while being selected to his third consecutive Pro Bowl.

Landry also has 400 receptions since making his NFL debut in 2014, which trails only Pittsburgh’s Antonio Brown (471) and Atlanta’s Julio Jones (411) for the most among any player in that span.