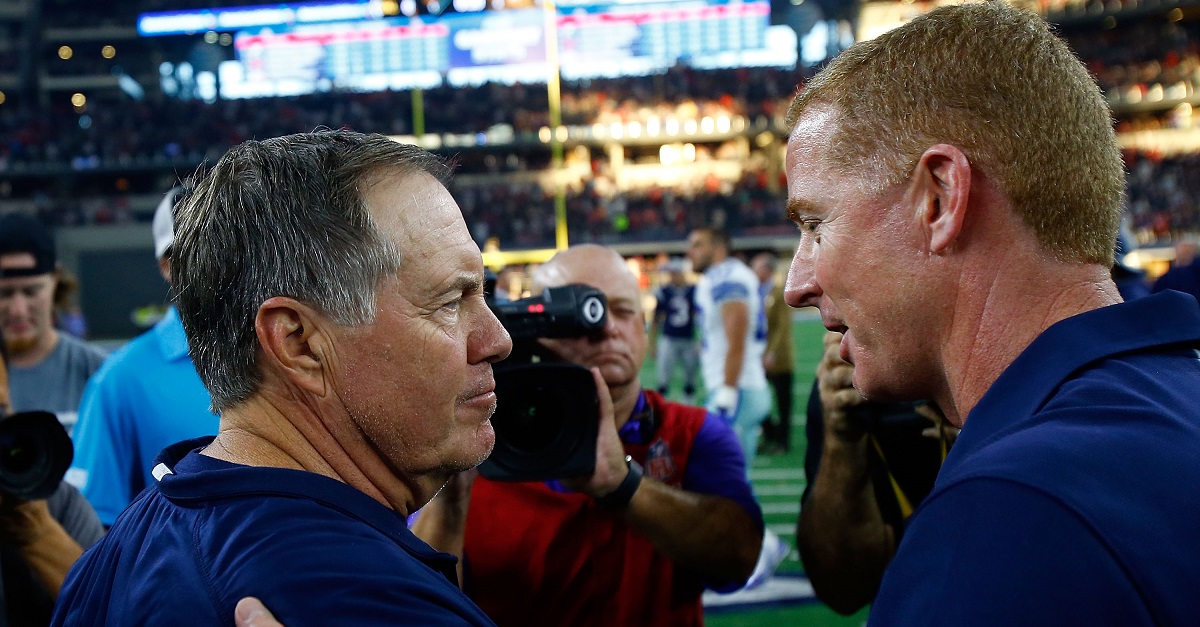 Football in Dallas doesn’t just have one question mark attached to it. No, there is an abundance of questions marks floating about.

If you’ve stayed plugged in to the drama surrounding NFL commissioner Roger Goodell, Cowboys owner Jerry Jones, and the other 31 team owners, then you know that there is some concern over the future of the franchise in Dallas. Jones was accused of conduct detrimental to the league in his attempts to block a contract extension for Goodell.

That is a whole different situation than the one brewing within the Cowboys’ locker room right now, though.

While Jones has publicly supported head coach Jason Garrett and the rest of the Dallas coaching staff, it appears there isn’t much support from within the locker room. NFL.com’s Ian Rapoport reported that some of the Cowboys’ players have grown frustrated with the lack of in-game adjustments — especially in a 28-6 loss to the Los Angeles Chargers last Thursday.

From @NFLGameDay: While #Cowboys owner Jerry Jones has supported coach Jason Garrett, players are getting frustrated with the coaches over their lack of adjustments during the losing skid. pic.twitter.com/o9GbXGxMn0

Garrett is in his eighth season with Dallas, and this isn’t the first time his name has been mentioned as being someone on the hot seat.

In 2015, the Cowboys went 4-12 and secured the No. 4 overall pick in the NFL Draft, which went on to produce Ezekiel Elliott, who is currently serving a suspension handed down by the league.

Can you see why Jones isn’t too fond of Goodell any more?

Now, Dallas is 5-6 despite a series of unfortunate injuries on the defensive side of the ball, and the Cowboys can’t help but feel frustrated as they watch a young Philadelphia Eagles team run away with the NFC East division.

While the players can’t fire or hire their coaches, there have been plenty of situations where a lost locker room has led to a coaching change. And it shouldn’t be ruled out just yet here.