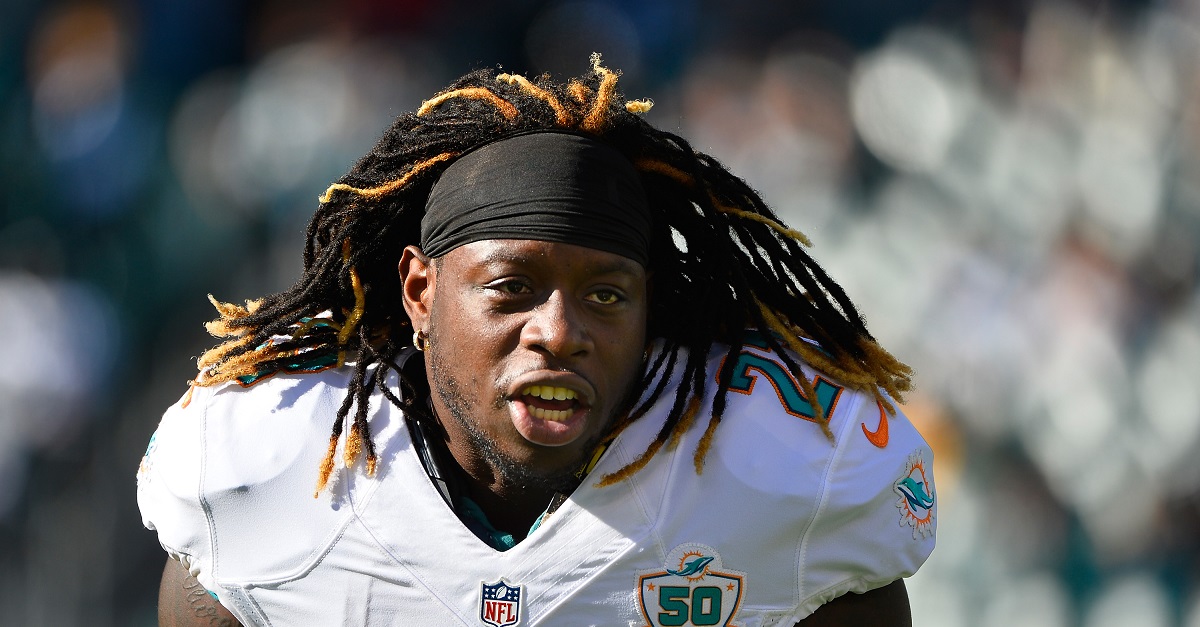 The Patriots blew up the trade deadline with their trade of backup quarterback Jimmy Garoppolo Monday night and it looks like AFC East rival Miami is doing something similar. They are getting rid of possibly their best offensive weapon.

Dolphins traded RB Jay Ajayi to Eagles for a fourth-round pick, per source.

ESPN’s Chris Mortensen also said that this move is common after a coach rips his team:

When you hear a coach like Gase publicly rip his team…a message is usually sent to prove he meant it. #TradeDeadline

Gase publicly ripped his team for having the worst offense and is “tired of the offense being awful.” Ajayi was the starter for the Dolphins and was likely the player with the best stats on the team since each of the QBs has been inept at getting his playmaking receivers the ball.

Something to keep in mind about Ajayi trade: Dolphins don’t believe he has much left in his knees. Longer-term play. Something to watch for.

Ajayi has 465 rushing yards so far this season with no touchdowns and it wasn’t looking to get any better in his third year with the team. Now he heads to a Super Bowl contender with the Eagles and could become the main back there ahead of LaGarrette Blount and Wendell Smallwood.

Ajayi’s numbers weren’t great this year, but that’s mostly because the Dolphins as a team are inept on offense. In his Pro Bowl season last year, Ajayi has 1,272 rushing yards with eight touchdowns and averaged 4.9 yards per attempt while he is down to 3.4 this year with the Dolphins.