Jay Cutler may stink, but he’s about to break this Bears record 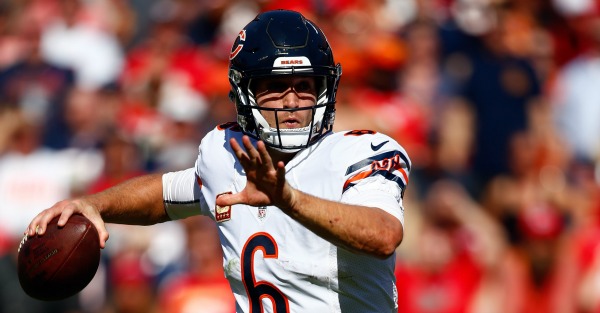 during the game at Arrowhead Stadium on October 11, 2015 in Kansas City, Missouri.

Jay Cutler posted his 46th win with the Bears, tied with Jim McMahon for most wins by a Bears starting QB since the 1970 AFL-NFL Merger.

Chicago Bears quarterback Jay Cutler has now won as many games for the Bears as Jim McMahon.

It became official on Sunday when he led the team to two touchdowns in the final minutes of the game to defeat the Kansas City Chiefs, 18-17.

McMahon and Cutler have 46 wins each as a starting quarterback.