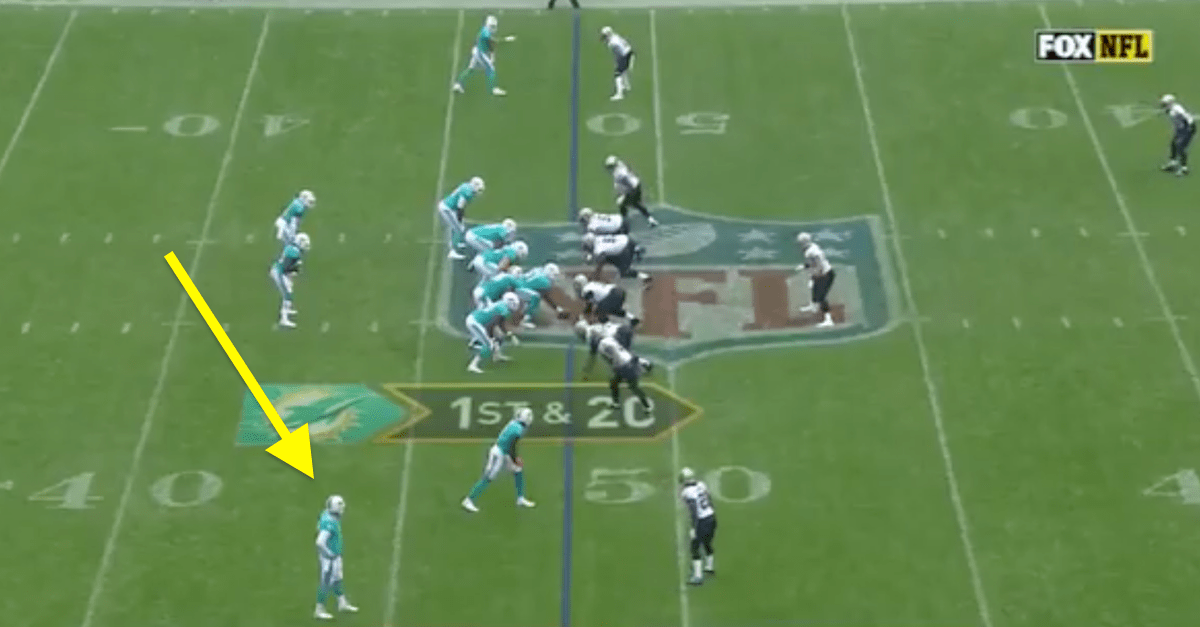 Former Pro Bowl quarterback Jay Cutler retired earlier in the summer, but Ryan Tannehill’s season-ending knee injury pushed him back onto the field for the Miami Dolphins.

In London Sunday morning, Cutler’s Dolphins were utterly handled 20-0. Before the game was completely out of control, Cutler showed about as little effort as possible in the wildcat formation:

Cutler really selling his role in the Wildcat at the bottom of the screen pic.twitter.com/WgHxXvxlHL

Through three games, Cutler has thrown for 450 yards, two touchdowns and one interception.