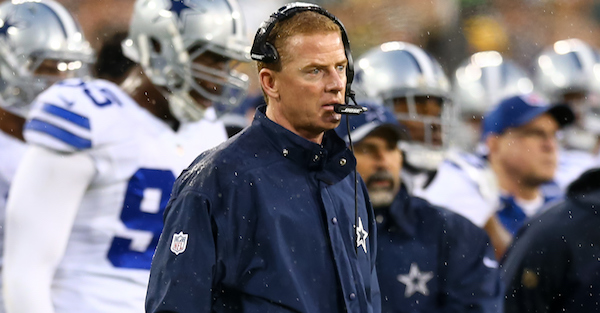 Dallas Cowboys linebacker Jaylon Smith missed his entire rookie season due to a knee injury, but the team is hoping Smith will be ready to make his debut this fall.

According to various reports from Cowboys camp, Smith looks like he will be ready to play when Dallas open  the season against the New York Giants. Cowboys coach Jason Garrett said they are “cutting him loose” at practice every day.

“We?re absolutely going to get to that point before we play in games,” Garrett said. “But I think within the confines of what we?re asking him to do, we?re really cutting him loose him every day. He?s responded so well to that.”

Jason Garrett on what he's seen from Jaylon Smith: "He hasn't had a bad minute let alone a bad day."

Quarterback Dak Prescott also had some promising things to say about Smith’s progress.

Dak Prescott on Jaylon Smith: "He's a freak. He's getting his abilities and talents back. Definitely going in the direction he needs to."

The practice was open to the media, and reports on Smith were encouraging.

Watched Jaylon Smith exclusively for first 25 mins or so. If you didnt already know there was an issue, you'd never know it by watching him.

Smith said he understands his return will be a process, and he has “embraced” the challenge.

The Cowboys selected Smith in the second round of the 2016 draft out of Notre Dame despite Smith suffering a knee injury in his final collegiate game.

Smith suffered nerve damage from the injury, and he will most likely have to wear a knee brace while he plays for the foreseeable future.