Jeff Fisher may be the most clueless coach in NFL history 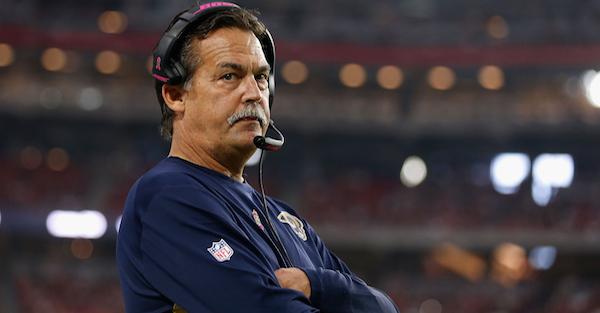 The Rams play the New England Patriots on Sunday, and Fisher started discussing the Patriots’ running backs. And, well, it didn’t go so well for him.

On conference call, Rams HC Jeff Fisher said Danny Woodhead is a playmaker for the Patriots. Woodhead is on IR and plays for the Chargers

Fisher also said he has “been impressed with Brandon and what he’s done out of the backfield.”

We assume he means Brandon Bolden, who technically is a running back on the Patriots roster, but he only has one carry for four yards this season and mostly plays special teams.

Jeff Fisher only has six winning seasons in 22 years as a head coach, and it’s becoming increasingly clear why that’s the case.