Jeopardy! contestants fall apart after getting to the sports category in hilarious fashion 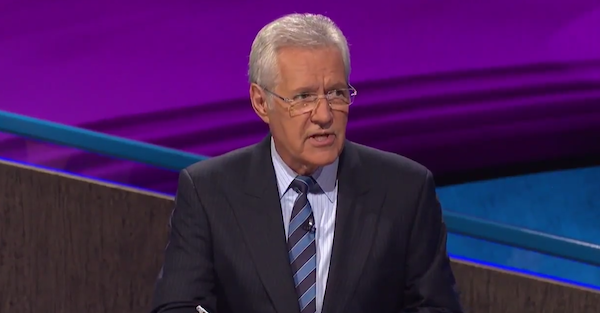 Look, sports aren’t for everyone. Most reasonable people understand that. Sure, maybe non-sports fans look at sports fans as though they’re wasting their time caring so much about a silly game. But to us, sports mean a lot. To many, sports are a crucial part of life.

And because we invest so much time and energy into following them, it’s frustrating when we’re smacked in the face by the ignorance of those who don’t keep up with sports.

That brings us to a recent episode of Jeopardy! It’s ironic that the contestants are supposed to be packed with knowledge about a variety of topics — topics that have previously included (and will definitely include again) sports and pop culture.

With the category set to famous NFL players, for which the three Jeopardy! contestants had to identify their respective teams, the result was nothing short of a face-palm moment.

Seriously? You mean to tell me, that in all your years spent on earth, you’ve never seen the commercial of Mean Joe Greene tossing the kid (with a supreme talent for sneaking past the Pittsburgh Steelers’ security) his game jersey in exchange for a Coke?

I mean, it’s understandable, but it’s still frustrating to be an NFL fan and realize that some people are completely oblivious to what is common sense to so many.

When I was 8 years old, I would have walked onto that set and collected every cent of that $3,000 lying in that NFL category — straight cash, homey.