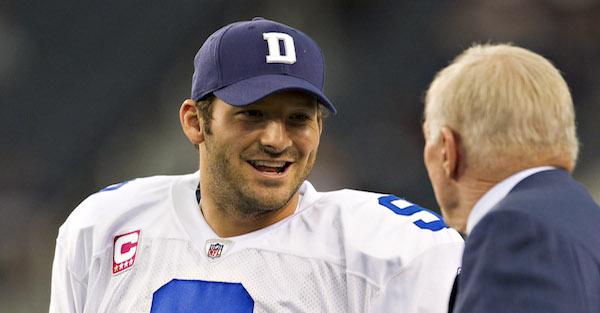 It’s a foregone conclusion that — barring some sort of unforeseen circumstance — Tony Romo is going to quarterback another team next year.

And that seems to bother the hell out of Dallas Cowboys owner Jerry Jones. Jones recognizes that Romo, barring injury, has something left in the tank, and said this to ESPN Dallas Radio Friday:

While it’s certainly possible Romo could be dealt anywhere, being traded to another NFC East teams seems like the unlikeliest of moves. The big question is, will Dallas get something for him via trade, or will the Cowboys release there once-franchise quarterback so he can cut his own deal.