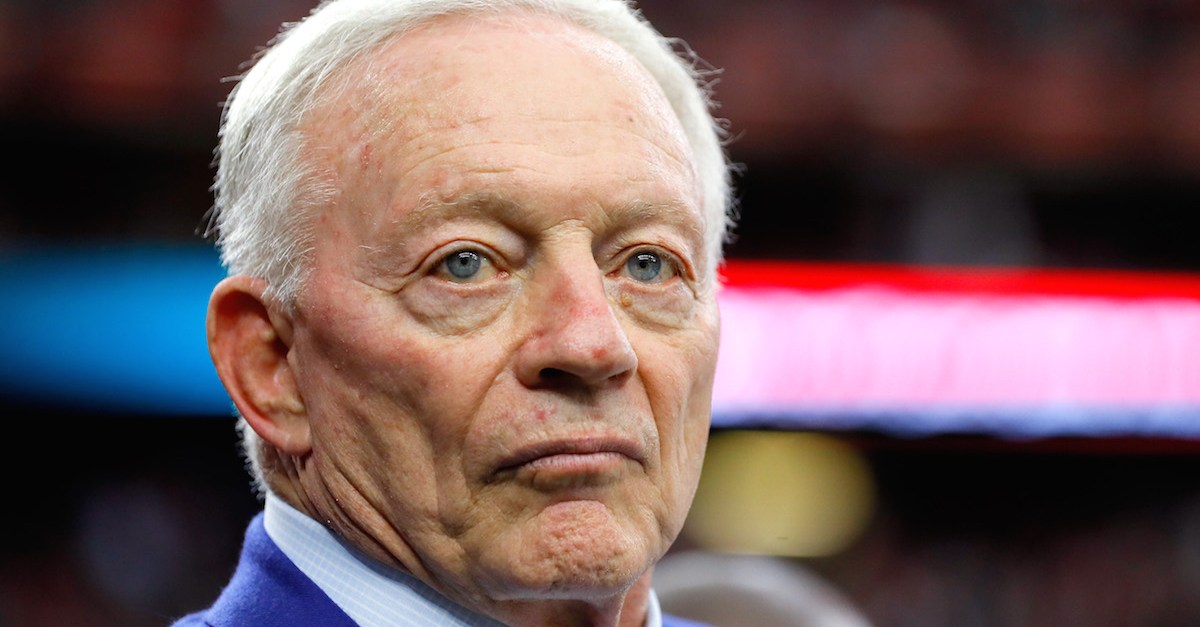 Elliott’s name has surfaced in a  weekend incident at a Dallas nightclub in which a DJ was allegedly punched. No arrests have been made in the case.

Jones, who appeared at a topping off ceremony at The Star in Frisco, told media members that he spoke with Elliott after the incident but refused to go into details.

He did, however, reiterate that a player’s off field actions have an impact on the entire team.

Earlier this week, ESPN, reported that the second-year back could face a one- or two-game suspension for a previous off-field issue stemming from an alleged domestic violence incident in 2016.

“I actually don’t know the status, but I surely don’t want to speculate about any decisions from the league or any potential injury or lack of having a player available,” Jones said when asked about preparing for games without Elliott should a suspension take place. “Availability is a key. Ability is a key. But availability is a key, and we really do plan personnel-wise, we plan for a player not being available. That’s just part of our DNA.”

The Cowboys will depart to Southern California on Saturday for the beginning of training camp.