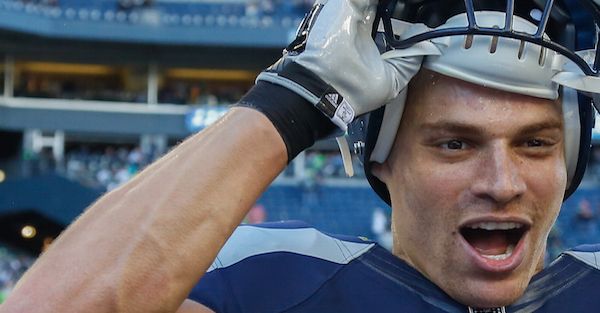 SEATTLE, WA - SEPTEMBER 27: Tight end Jimmy Graham #88 of the Seattle Seahawks removes his helmet after the game against the Chicago Bears at CenturyLink Field on September 27, 2015 in Seattle, Washington. The Seahawks defeated the Bears 26-0. (Photo by Otto Greule Jr/Getty Images)

Despite his rocky first couple of games with the Seahawks, Seattle tight end Graham made it known he’s not missing his time in New Orleans after being traded in the offseason.

Wednesday, he sent a congratulatory tweet to Akiem Hicks, who was sent to the New England Patriots in exchange for tight end Michael Hoomanawanui. Graham took the tweet down quickly, but not before it was screen grabbed:

Quarterback Drew Brees might be missing his favorite red-zone target, but the feeling doesn’t appear to be mutual.