Joe Flacco isn’t dead, tweets out funniest response to those who thought he was 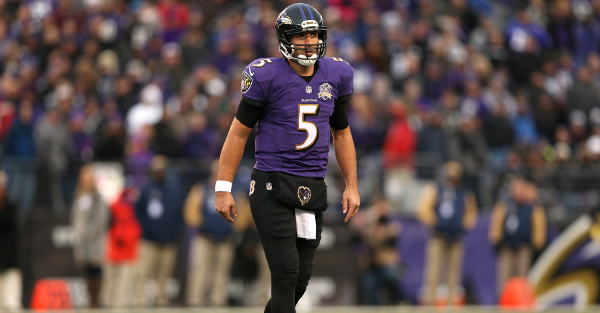 The internet can be a terrible place, especially if you’re a celebrity. If you have any significance to the world at all, you’re likely to be killed off–not literally, though your name will be Googled furiously to verify the news of your demise. I’m pretty sure both Morgan Freeman and James Earl Jones have died several times according to Twitter. Even NFL Commissioner Roger Goodell kicked the digital bucket not too long ago.

ATTENTION: We are confirming that Joe Flacco has not passed away.

We were hacked and now have our account back. Thanks for your patience.

Flacco, ever the good sport, tweeted this in response to his untimely demise because, ya know, he’s not dead.

Joe Snow in the house.