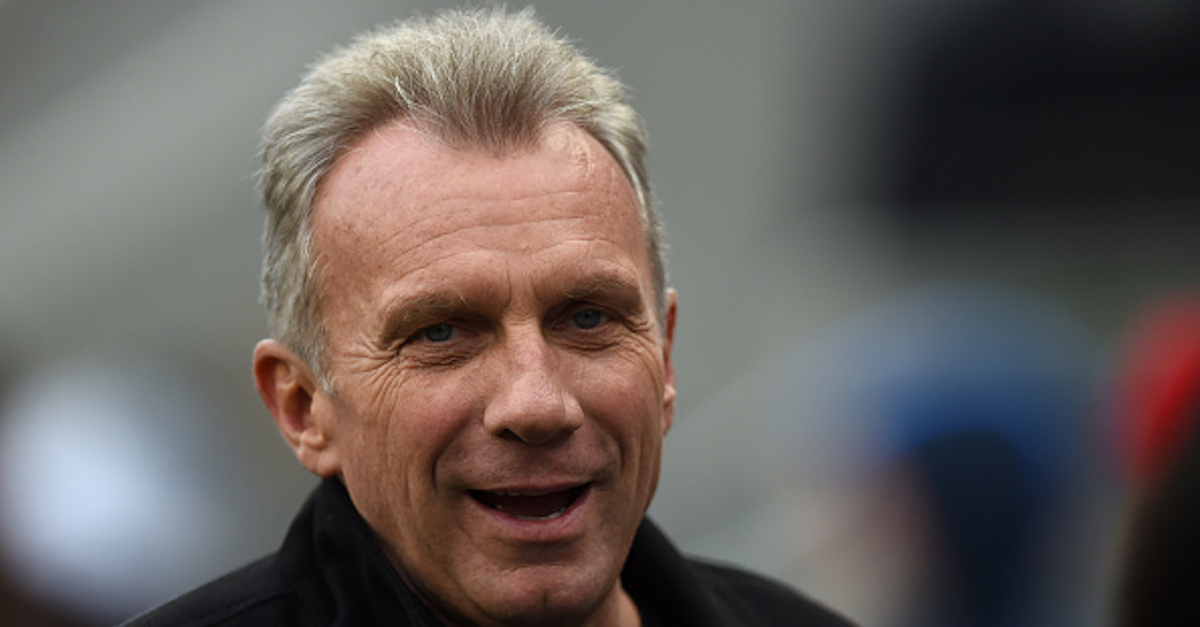 Joe Montana, Colin Kaepernick, and Tim Tebow all in the same sentence. It kind of sounds like the beginning of a joke where they all walk into a bar, doesn’t it?

No, Montana, Kaepernick, and Tebow aren’t out hitting the town together, though what a sight that would be. Instead, the three are being mentioned together because the Hall of Fame quarterback had some thoughts on the former 49ers’ quarterback, Kaepernick, and in those thoughts, he likened Kaep to former NFL quarterback and fellow lighting rod, Tebow.

Basically, off-field drama aside, the 49ers’ great believes it comes down to the quality of play for Kaepernick, or specifically, the lack thereof, that’s keeping him in the NFL free agency pool.

Here’s what he had to say recently, according to Kristian Dyer of Sporting News. Montana basically admitted that the only way he sees Kaepernick playing is if an injury creates a major need somewhere in the league.

“I?m not sure, I think there?s an injury somewhere he probably gets in,” Montana said. “In most cases, you look at Tim Tebow ? a great guy and everybody was talking about him. But what it comes down to is 40 percent completion or even in the low 50s, you can?t win in the league with that. You won?t be in the league very long. It comes down to his play as much as anything.

Supporters of Kaepernick, the football player, might say that the quarterback is only a few years removed from being one of the best in the NFL. They might say that he’s only a few years removed from making a Super Bowl run with San Francisco, and even though he’s certainly not the same player, he’s still an athletic quarterback with experience who will make defenses think twice.

While those thoughts do have merit and Kaepernick does still have good potential in the NFL, it’s also not hard to see the numbers Montana is looking at.

Kaepernick led the 49ers to the Super Bowl in the 2012 season, and his high water mark was likely in 2013 and 2014, when he threw for 3,197 yards and 21 touchdowns (eight interceptions) and 3,369 yards and 19 touchdowns (10 interceptions) respectively. He also made a big impact with his athleticism and speed as a runner at his apex. Kaepernick rushed for five touchdowns in 2012 and four in 2013.

Compare those numbers to last season for the 49ers, and it looks like two very different quarterbacks. In 12 games in 2016 (11 starts), Kaepernick threw for 2,241 yards, 16 touchdowns, and four interceptions. He completed less than 60-percent of his passes (59.2%) and barely made an impact on the ground, rushing for two touchdowns. He rushed for only one touchdown in 2014 and 2015 respectively, which points to the fact that either NFL defenses were figuring him out, or he was starting to lose a step — and perhaps both.

Numbers aside, it’s worth noting that Montana did bring up the dreaded “locker room distraction” point:

“Everyone thinks it is the stance he took; one of the things you don?t look for is distractions in the locker room. You can go back to Bill Walsh and as soon as there were guys that weren?t fitting in what he was looking for, it didn?t matter how good you were. You weren?t on the team for very long. You have to have people who want the same thing, fighting for the same thing and willing to put in the time.”

That doesn’t jive with what former 49ers’ head coach Chip Kelly had to say about Kaepernick, but when push comes to shove, it’s hard to think of a situation where signing Kaepernick won’t become a big media circus.

Love him or hate him. Agree with him or disagree, it’s hard to deny that Kaepernick has drawn a ton of attention to himself outside of football.