Joey Bosa’s holdout continues as teammates call him out 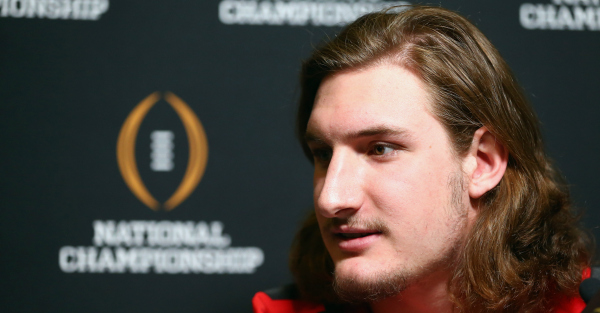 Joey Bosa is still in a standoff with San Diego over his contract, but two teammates have encouraged him to take control and get a deal done.

Chargers running back LaDainian Tomlinson and tight end Antonio Gates have said in recent interviews Bosa should find a way to come to an agreement with the team. Gates, who had a lengthy contract dispute with the organization a decade ago, told the San Diego Union-Tribune that Bosa should take control of the negotiations.

“My advice to any player that’s going through any kind of contract situation is that, at one point, you’ve got to be a man and you’ve got to understand that you’ve got to get ready to play,” Gates said.

Bosa, who was the No. 3 pick in last spring’s draft, has yet to show up to training camp as his agent and the team work (or don’t work) on contract terms.

Gates was in a similar situation in 2005 when his agent tried to secure a multi-year deal with the organization. After negotiations went into mid-August, Gates says he stepped in and sped things up.

“Eventually, I ended up saying, ‘I need to get ready,’ ” Gates said. “To me, it meant a lot for me to go out and perform…

“Sometimes you’ve got to just, as a man, you’ve got to step in and say, ‘This is what it’s going to be.’ Because sometimes, whether or not (there is) miscommunication with the general manager or the agent, whatever it is, at the end of the day, it’s your life, it’s your career. “

Bosa and San Diego are fighting over when his signing bonus is paid. The former Ohio State star wants all of the money paid in 2016, while the Chargers want to defer most of the payment to next March.

Tomlinson told the paper most players don’t understand why the standoff is taking so long and says if the contract amount is agreed by both parties, there shouldn’t be anything left to discuss.

?Your agent works for you; remember that,? Tomlinson said. ?This is your business, but at the same time, make sure you?re in control of your own business.?

Gates, Tomlinson and Bosa are represented by the same agency.