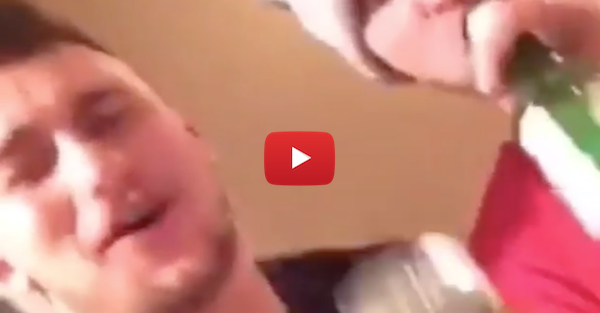 Cleveland Browns quarterback Johnny Manziel went to rehab over the summer. He appeared to have figured things out, but was caught on video partying over the bye week and then benched for trying to cover things up.

Now, he’s back at it again, partying it up around Christmas and allegedly drinking a Four Loko. (H/T Busted Coverage)

We’ll see if Manziel suffers any repercussions. And if you’re still thinking this isn’t a big deal, he was released from a facility specializing in drug and alcohol treatment less than a year ago:

Filed to ESPN that Johnny Manziel has been released from a facility that specializes in drug and alcohol treatment.

The Browns will close out the regular season at home against the Pittsburgh Steelers.