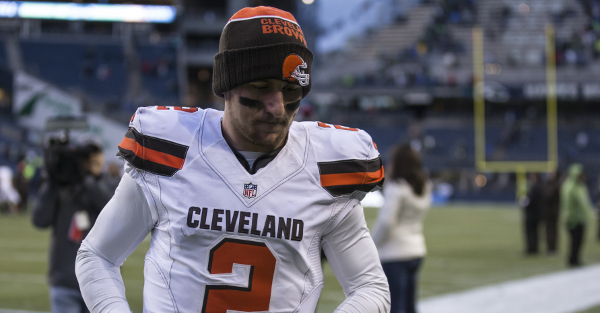 It seems that Johnny Manziel’s career — even though he never really had one — has gone the way of a retired NFL quarterback.

The former Heisman Trophy winner and first-round draft pick will be in Houston for Super Bowl week hocking his autograph, a store by the name of Stadium Signatures announced earlier this week.

According to the store’s Facebook page, Manziel is expected to be on hand Thursday February 2 from 7-8 p.m. and he’ll be charging anywhere from $99 for professional photo op tickets to $29 for tickets that’ll get you an autograph inscription up to 4 words long.

A middle of the road selfie with Johnny Football will run you about $50.

Manziel, 24, was released by the Cleveland Browns in March of 2016 after a less than marginal eight starts in two seasons in which he compiled a 2-6 record.

Just imagine the kind of money a player that’s actually done something in the league could command.