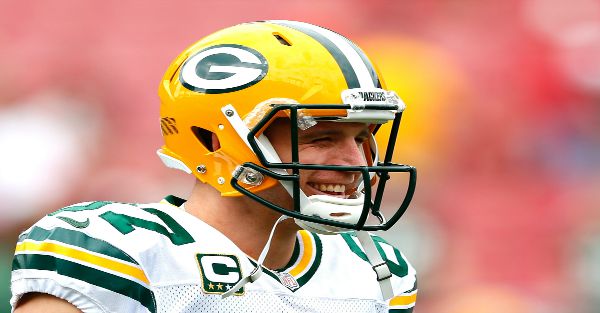 at Raymond James Stadium on December 21, 2014 in Tampa, Florida.

Packers wide receiver Jordy Nelson recently revealed that he spends long days during the offseason working on his family’s farm in Riley, Kansas. Nelson said when he returns to the family farm he sees himself as a ranch hand, not the guy who signed a $39 million contract with Green Bay in 2014.

“Working cattle is my favorite farm duty,” Nelson said. “I probably identify more as a farmer [than a football player].”

According to Nelson, he spends as much as 12 hours a day working the farm during the offseason. Some of his typical duties include cutting wheat and rounding up the Nelson family farm’s 1,000 cows. He also drives the combine and herds from dawn until dusk. Nelson believes that helping out on the farm has helped to shape his overall work ethic, which translated to his football career.