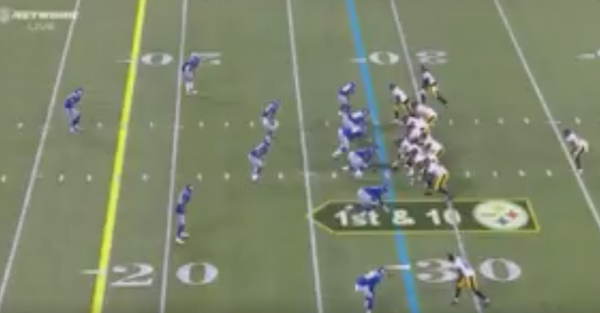 Josh Dobbs made his first NFL appearance Friday night against the New York Giants, and dropped an absolute dime for his first touchdown in the league.

Dobbs completed 8-of-15 passes for 100 yards, one score and two interceptions.

He’s got a ways to go, but with Ben Roethlisberger’s future uncertain, Dobbs could eventually work his way into quarterback-in-waiting.