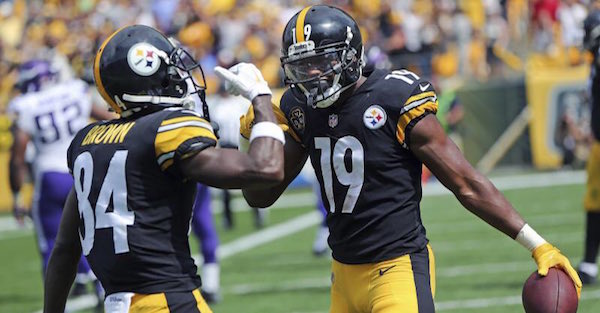 Pittsburgh Steelers wide receiver Juju Smith-Schuster made an immediate impact during his rookie season and should have a long, prosperous NFL career.

He’ll also have a degree to fall back on after returning to his alma matter, USC, for spring classes following the end of his first season, fulfilling a promise made to his mother.

But he wasn’t dressed like your average college student. Smith-Schuster wore his full Steelers uniform including pads, to his USC class, as shown in the photo below.

Told my mom last year that I’d go back to school since I left USC early. I went back to college today. pic.twitter.com/yHnbwnsELH

Smith-Schuster left USC early last year to declare for the 2017 NFL Draft. He was selected by Pittsburgh with the No. 62 overall pick in the second-round and recorded 58 receptions for 917 yards and seven touchdowns, as well as 240 total return yards and a touchdown during his first season.

While it’s unlikely that he’ll be switching careers any time soon, it’s nice to see he kept his work about continuing his education, despite being one of the league’s emerging young star wide receivers.