The Patriots have their worst fears realized after Julian Edelman injury 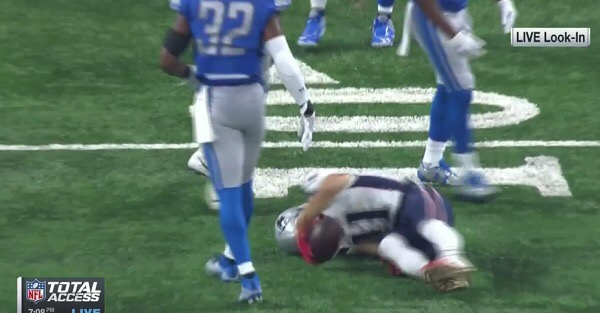 According to Albert Breer of Sports Illustrated, Patriots wide receiver Julian Edelman tore his ACL during Friday’s preseason game against the Detroit Lions.

Fears confirmed via MRI, Patriots WR Julian Edelman has a complete ACL tear in his right knee, per source.

Edelman is expected to miss the entire 2017 season.

#Patriots confirm Julian Edelman suffered an injury to his right knee in last night’s game and will miss the 2017 season.

Edelman suffered the non-contact injury on what was a routine play from the Patriots’ offense.

Edelman had emerged as one of the top options for Tom Brady and the Patriots over the past few years, as Edelman had nearly 4,000 yards of offense over the past four seasons. New England has been able to cope with injuries in the past and still manage to have tons of success, but this one is definitely going to hurt.