Julian Edelman gets absolutely laid out, but pops right back up like a champ 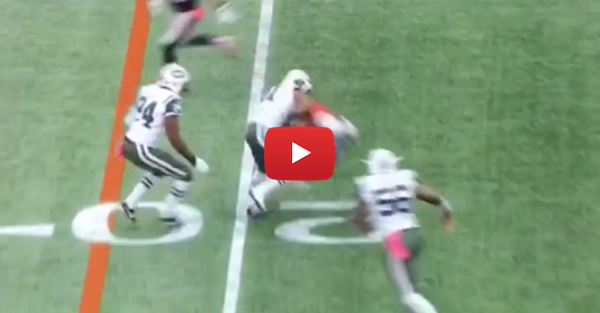 Late in the second quarter, the New England Patriots were driving when Tom Brady found a cutting Julian Edelman near the first down marker.

New York Jets defender Buster Skrine was waiting on him, though, throwing a shoulder and laying a vicious, but clean hit.

The wideout popped back up like nothing happened and helped the Pats finish off New York, moving to 6-0 with the win.