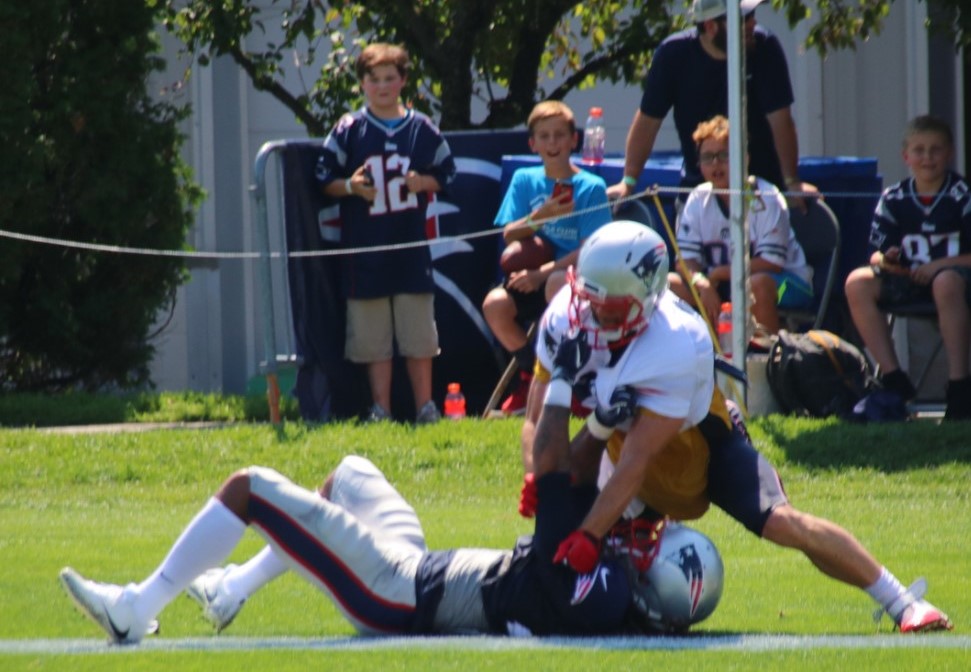 New England Patriots wide receiver and recently signed cornerback Stephon Gilmore were involved in a fight during their first training camp together on Tuesday.

Following some drills, the two players locked up and ended up rolling around, with Edelman on top of Gilmore and landing some ground-and-pound blows before the two were separated.

Head coach Bill Belichick sent both players to the showers early following the incident. Though there is no video evidence of the fight at the moment, Instagram user “Eltiempo10” was able to capture several photos.

#Patriots WR @edelman11 sent off #PatsCamp field after getting into it with Stephon Gilmore. #patriots #nfl #trainingcamp #foxborough #pats #fight

Julian Edelman has been told to leave practice after starting a fight with CB Stephon Gilmore after an incomplete end-zone pass.

Edelman has been a solid contributor to the Patriots offense since joining the team in 2009. He recorded a career-best 1,106 yards, as well as three touchdowns on 98 receptions in 2017.

Gilmore, who made his first Pro Bowl appearance in 2016, signed a five-year, $65 million contract with New England this offseason after five seasons with the rival Buffalo Bills.

Brandin Cooks: "I didn't even see that" when talking about the scuffle between Julian Edelman and Stephon Gilmore https://t.co/PJseElE4gb pic.twitter.com/oprHZ3ENpp

If nothing else, the incident is a sign that football is on the horizon.