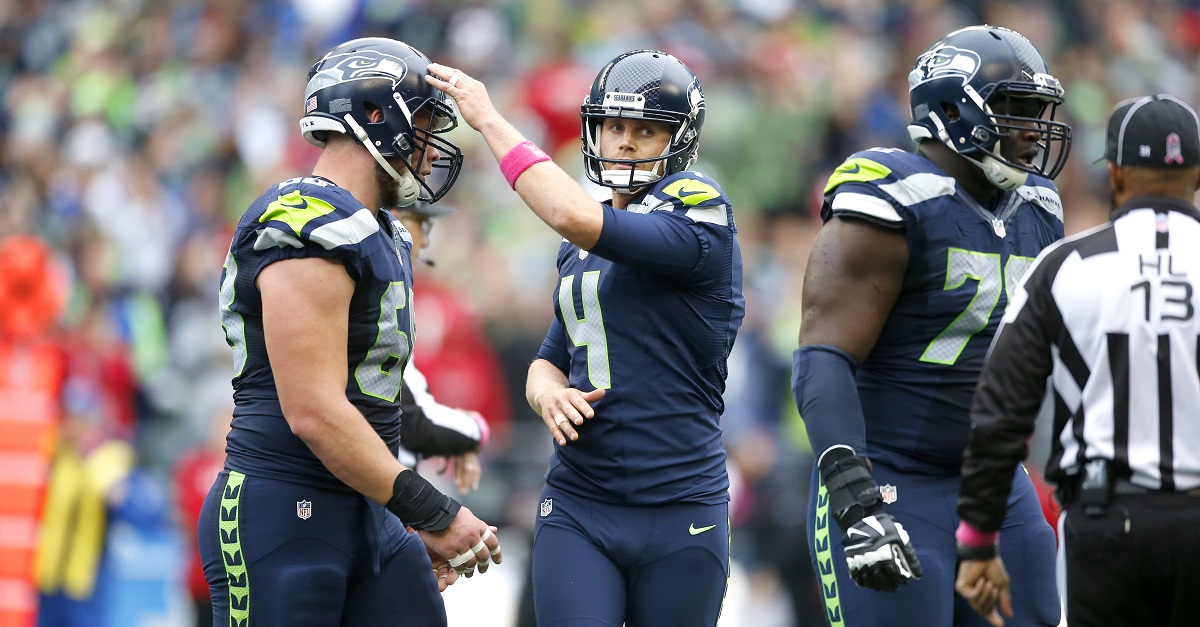 Philadelphia Eagles recently showed support of teammate and defensive back Malcolm Jenkins by simply placing his hand on Jenkins’ back in the midst of a raised arm during the national anthem. Now, another member of the NFL community is putting forth similar support.

Seattle Seahawks offensive lineman Justin Britt stood next to teammate Michael Bennett before Saturday’s preseason game, placing his hand on Bennett’s left shoulder while Bennett kneeled during the anthem. After the fact, Britt spoke to the media and ESPN’s Sheil Kapadia brings word of his motivation.

“I want to support him. I want to support what he stands for and his beliefs. I’m not foolish. I’m from Missouri. I get that things are different in that area than they are in some other areas. I’m not against what the flag means and veterans. My dad was in the Army. So I’m not putting any disrespect to them. I’m just trying to understand the issues, trying to educate myself more in that regard and showing support.

Bennett has gone on record with his sentiment as to the choice to sit during the anthem and Britt is simply (and literally) standing in support of that.

Like Long, Britt is a white player supporting a black player’s actions in this way and that certainly adds another layer to the story. Still, this is a teammate standing alongside another teammate at the end of the day and Britt seems to be quite mindful of what he was doing.