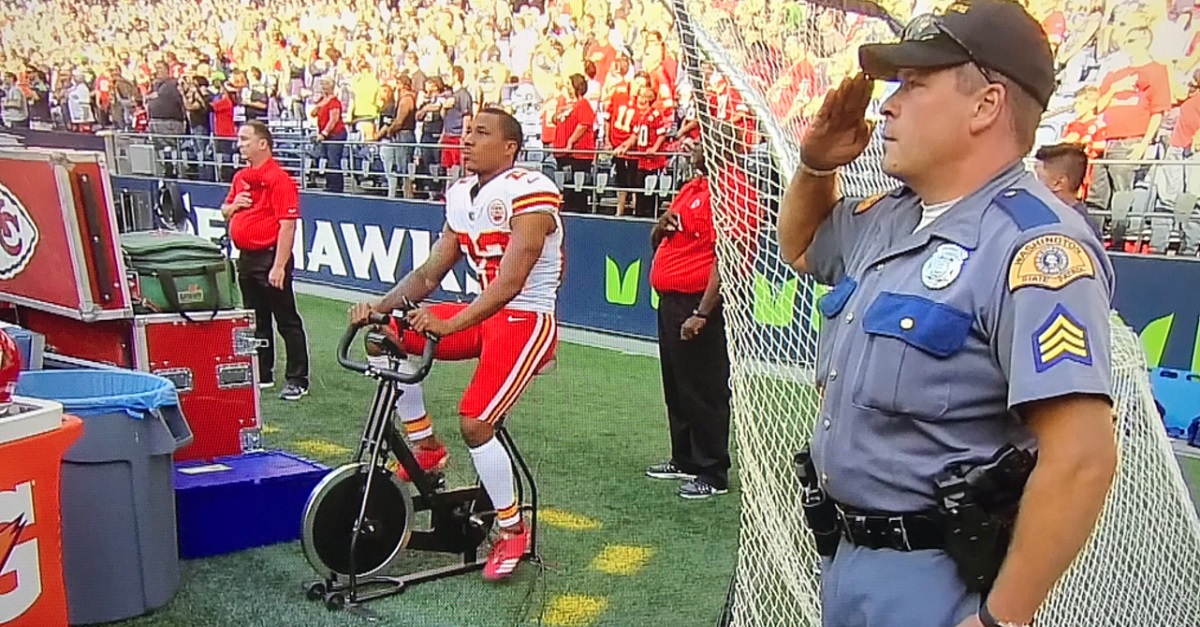 Last season, Kansas City Chiefs cornerback Marcus Peters stood with a raised fist in an act of protest during the national anthem. On Friday, he took a different approach during the Chiefs’ game against the Seattle Seahawks.

Peters was shown riding a stationary bike on the Chiefs’ sideline during CBS’ live broadcast of the game during the anthem. Neither Peters or the franchise has commented on his choice of protest as of yet.

Last week, center Justin Britt stood with his hand on Bennett’s shoulder as he knelt during the anthem prior to Seattle’s game against the Minnesota Vikings.

Bennett told reporters that he was “emotional” to receive the act of “solidarity from his teammate Britt, who is caucasian, after the game.