Rookie running back fumbled on his first NFL carry 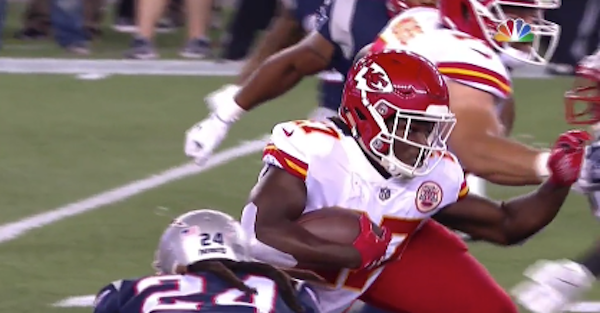 It wasn’t the best start for Kansas City Chiefs running back Kareem Hunt, whose first carry on the big stage resulted in a fumble and turnover to the New England Patriots.

The second drive went off a bit better for Kansas City, which marched down the field to tie the game late in the first quarter, 7-7.

During his college career at Toledo, Hunt fumbled just once in 856 career touches. He was a third-round pick after racking up 5,500 career all-purpose yards in school.