After retiring early, former Dallas Cowboys QB has officially taken a new position with the team 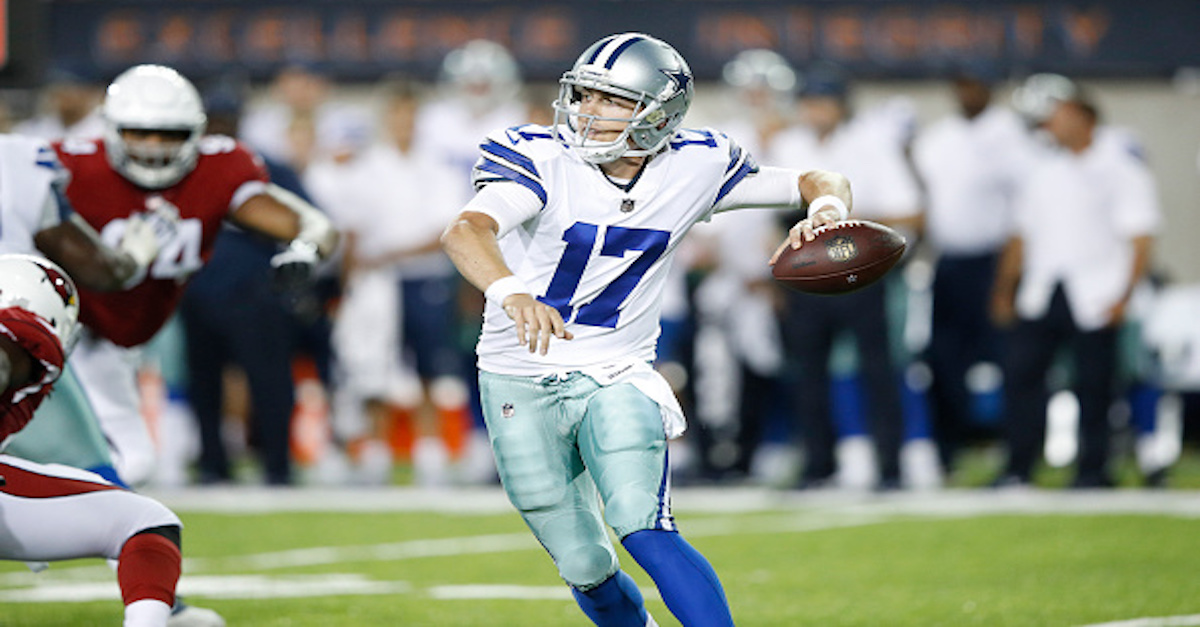 Kellen Moore is retired from the NFL as a football player back in January and following rumors, has officially taken the quarterbacks coaching job with the Dallas Cowboys, per ESPN.

As Alex Marvez of Sporting News points out, Moore’s decision is in direct correlation to head coach Jason Garrett’s decision many years ago — a move that obviously panned out for Garrett and could pan out for Moore:

“Moore is only 28 in comparison to Garrett, who was 39 when hired as Miami?s quarterbacks coach in 2005 by then-Dolphins head coach Nick Saban. Moore, though, has spent five of his six NFL seasons under the tutelage of Cowboys offensive coordinator Scott Linehan, dating back to when both began working together with the Detroit Lions in 2012. That relationship gives Moore intimate knowledge of Linehan?s offensive system.”

Moore has been somewhat of a disappointment since entering the league as an undrafted free agent, picked up by the Detroit Lions in 2012. He was one of the most prolific college quarterbacks of all time, throwing for nearly 15,000 yards and 142 touchdowns in four seasons at Boise State, but he could never put it together in the NFL.

His arm simply wasn’t big enough for the league and he was quickly exposed as a system quarterback at the college level, though he has found success as a reliable backup, likely due to his football IQ.

That IQ will be put to the test now as Moore efforts to get Dak Prescott back on track after a sophomore slump that played a role in Dallas — a one time Super Bowl contender — not even making the playoffs this past season.