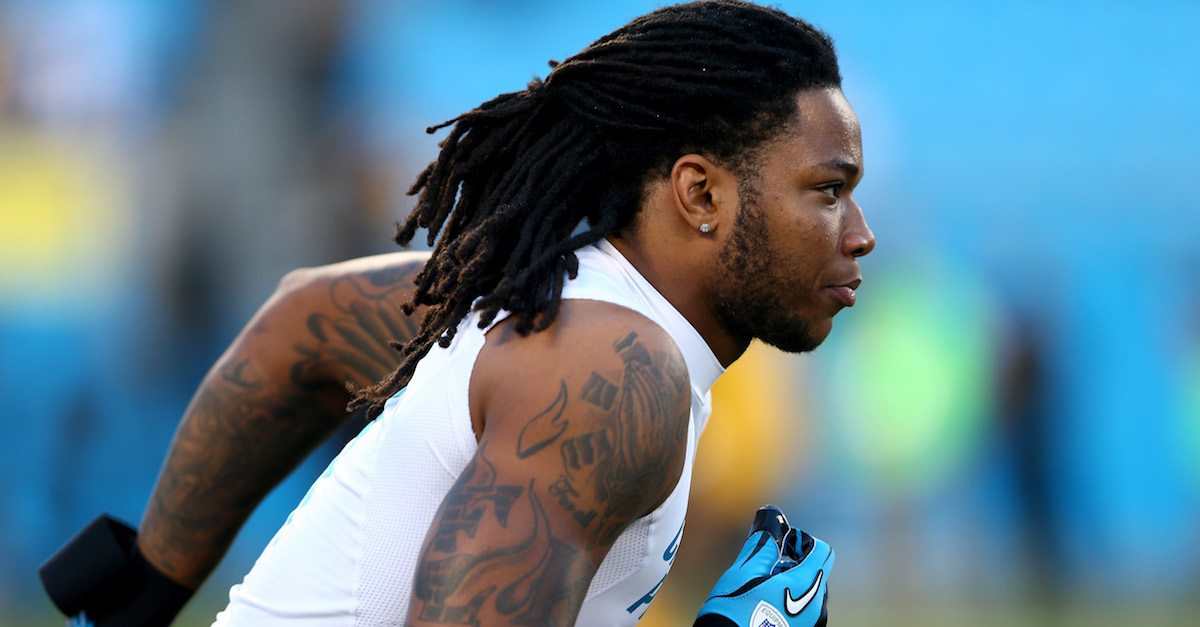 Wide receiver Kelvin Benjamin is heading to the Buffalo Bills.

In a trade deadline shocker, the former first-round pick has been flipped from the Carolina Panthers.

The Panthers get rid of a wideout who caught passes for at least 940 years in each of the first two seasons of his career. He’s caught 32 passes for 475 yards this season and two scores.

The Bills are 5-2 on the season, just a half game behind the New England Patriots for the lead in the AFC East.

Benjamin automatically becomes a huge upgrade over the likes of Jordan Matthews and tight end Charles Clay, who remains out of practice after having his knee scoped.

Carolina, 5-3 on the season, trades away the receiving leader on the team. They should now rely heavily on Devin Funchess and running back Christian McCaffrey as pass options.