ESPN has found its draft coverage replacement for Jon Gruden 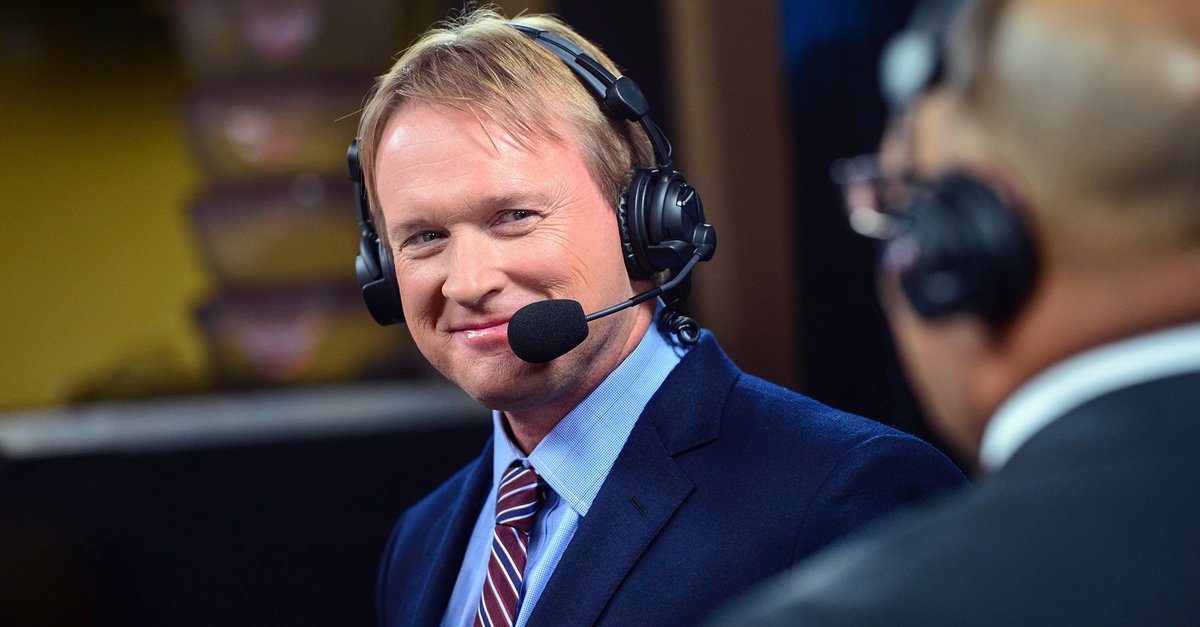 Herbstreit, who serves as a host on “College GameDay” and the lead analyst on “Saturday Night College Football,” will bring a strong college football perspective to the network’s draft coverage. He will join host Trey Wingo, draft analyst Mel Kiper and NFL analyst Louis Riddick during the first-round of the event on April 26 at Cowboys Stadium.

Herbstreit told the AP that he initially discussed the gig with ESPN vice president of college sports Lee Fitting.

“After we talked about my role, I was pumped up,” Herbstreit told AP. “I’m going to stay in my lane and let Mel and Louis and Trey kind of say, ‘Hey, the Broncos really need to do this.’ I’ll kind of be more of breaking down some of the prospects from a college football perspective. Once they told me I was doing that and not projecting … I’m not into that at all.”

Herbstreit, a former Ohio State quarterback who’s contributed to ESPN’s college football coverage since 1996, has covered many of the top prospects in this year’s draft, including UCLA’s Josh Rosen, Oklahoma’s Baker Mayfield and USC’s Sam Darnold.

“I’m hoping to bring a little bit of the intangibles and what makes this particular guy tick,” he said.

Gruden, who primarily served as the lead analyst for ESPN’s “Monday Night Football,” accepted the Oakland Raiders’ head coaching position in January after nine years with the network.

Surely, Herbstreit’s ties to college football will make him an ideal addition to ESPN’s draft coverage.