Super Bowl champion on expansion draft: “It would have been fun to win a Super Bowl in Cleveland” 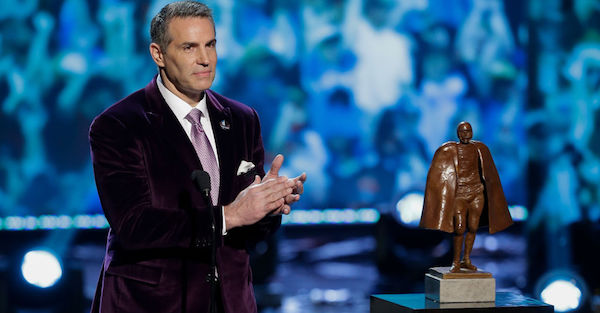 The Cleveland Browns’ woes at quarterback have lasted nearly two decades, and they have had 27 different starting quarterbacks since they became an expansion franchise in 1999.

During the 1999 expansion draft, the Browns selected quarterback Scott Milanovich from the Tampa Bay Buccaneers, who never threw a pass for Cleveland. They then selected Tim Couch with the No. 1 overall pick in the NFL Draft, who went 22-37 with 64 touchdowns and 67 interceptions during his five years with the franchise.

In the 1999 expansion draft, the Browns had the opportunity to select St. Louis Rams backup QB Kurt Warner, who was left unprotected by the Rams since they had Trent Green as a starter. Warner had only thrown 11 passes at that point in his NFL career, but the Browns chose Milanovich instead.

Related: Donald Trump turned down the chance at owning historic NFL team in 1984

Green was injured that season, and Warner took over and led the Rams to a Super Bowl victory. Warner is now entering the Pro Hall of Fame for the class of 2017, and he discussed how his career could’ve been had the Browns selected him in the expansion draft in a Pro Football Hall of Fame conference call.

“Had I gone to Cleveland, how would my career be different? I have no idea,” Warner said. “It would have been fun to win a Super Bowl in Cleveland, though. But I think when you’re going through the process, and you get to this point I always felt like wherever I was, I would be successful.”

Warner said he believes he would have been successful during his career regardless of where he played. He won one Super Bowl with the Rams and lost in another against the New England Patriots, and he led the Arizona Cardinals to a Super Bowl appearance.

Instead, the Browns are still searching for a franchise QB nearly 20 years later. Warner might not have led them to a Super Bowl, but he certainly would’ve made a significant impact for Cleveland.