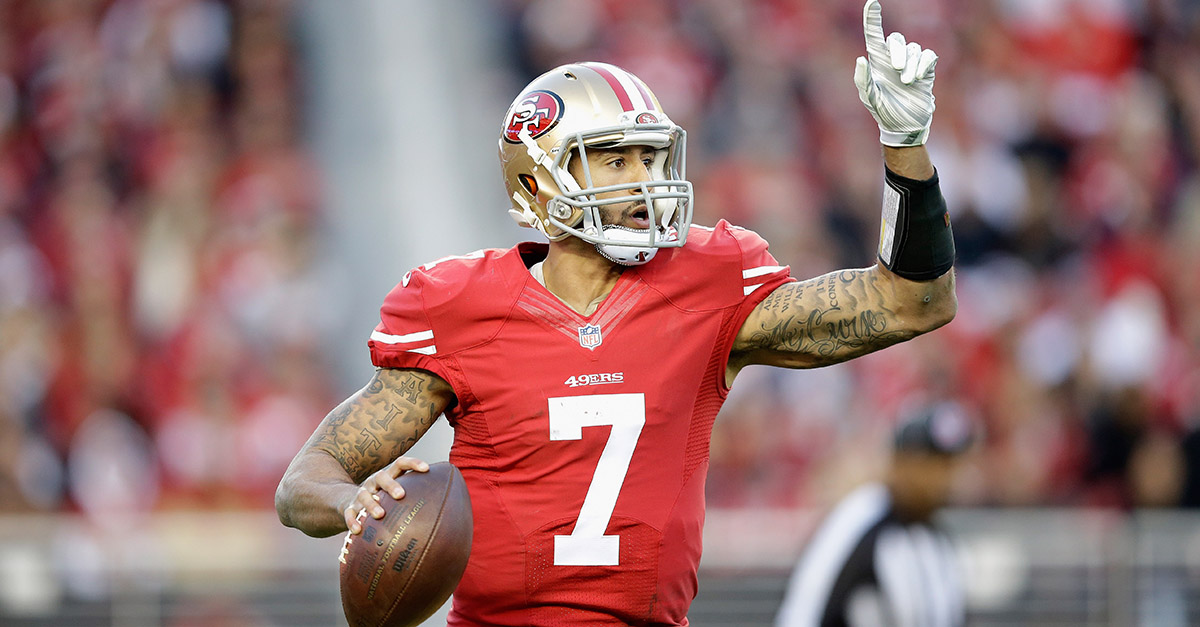 Rather than dodge the question entirely, Shanahan said the team didn’t re-sign the controversial quarterback because of an offensive scheme fit.

Kyle Shanahan says the #49ers didn't sign Colin Kaepernick partly because of where he wanted to go with his offensive scheme.

This was an interesting answer from Shanahan, as the team hadn’t given a specific reason until now as to why they were more comfortable going with Brian Hoyer over Kaepernick in 2017.

However, the scheme rationale is complicated, as Shanahan, as you may recall, has had lots of success in the past with a quarterback with Kaepernick’s skillset — Robert Griffin III, and to a much lesser extent, Matt Schaub.

Shanahan’s offensive scheme is a great one, as seen by the Atlanta Falcons No. 1 offense in the NFL last season under his leadership, but it’s also a scheme that has shown can allow players like Kaepernick to thrive.

It should be interesting to see if Shanahan or Lynch talk more about the offensive scheme issues over the course of the 49ers’ camp.