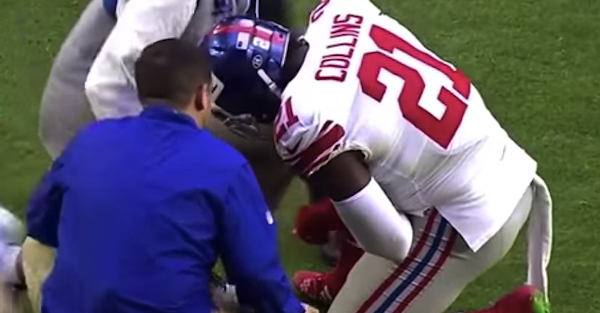 It has been a dismal season for the New York Giants and that continued with a high-profile injury to Landon Collins in Week 16. The talented defensive back doubles as the only Pro Bowler for the 2017 edition of the Giants and, even with the season long “over” as a result of a 2-13 record, it was brutal to see Collins leave the field with an arm injury.

After the game, though, things intensified and Collins spoke in-depth about the news that revealed he had actually suffered a fracture that will keep him out for both Week 17 and the upcoming Pro Bowl.

Landon Collins describes the play he fractured his forearm on following #NYGvsAZ. pic.twitter.com/RbWf3HJhWd

Multiple sources recounted that Collins indicated he was moved to tears as a result of the news, further illustrating the brutal nature of the ailment. In some ways, that may be seen as a surprise given that the Giants are thoroughly out of contention at this point and Collins should make a full and complete recovery. Still, there is likely a bit of shock involved and Collins can safely be added to the list of players that simply don’t like to miss time as a result of injury.

Emotions are a huge part of the game and, in short, this is an illustration of that.