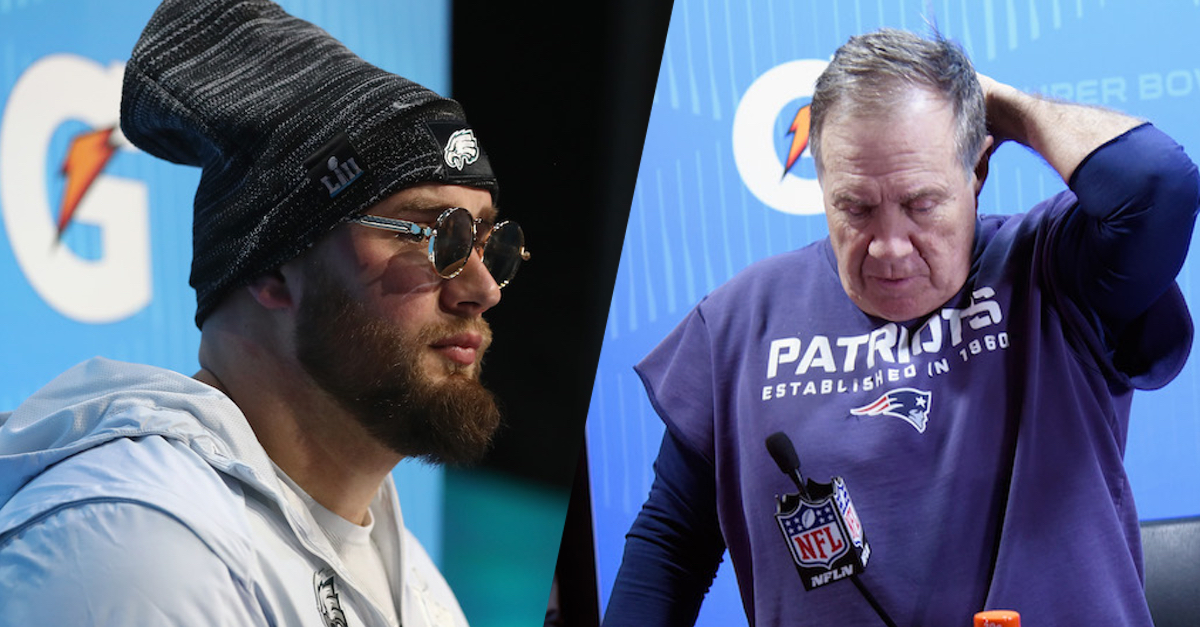 The Philadelphia Eagles upset the New England Patriots in Super Bowl LII, and many of the playmakers aren’t yet willing to come down from the high that victory has provided.

Lane Johnson, the Eagles right tackle for the last five seasons, spoke with Pardon My Take on the Patriots and had some blistering words for the organization:

“I just think that The Patriot Way is a fear-based organization. Obviously, do they win? Hell yes they win. They’ve won for a long time. Do I think people enjoy and can say, ‘I had a lot fun fun playing there’? No, I don’t. That’s just the God’s honest truth. They’re successful, but when they go to interviews, they act like (expletive) robots. Hey stop being a dickhead. We can be cordial for a little bit. You only get to do this job one time, so let’s have fun while we’re doing it. Not to be reckless, but I’d rather have fun and win a Super Bowl than be miserable and win five Super Bowls. But hey, it is what it is.”

On @PardonMyTake today, Eagles tackle Lane Johnson said he doesn’t think players like playing for the Patriots. Called them “a fear-based organization.” pic.twitter.com/0gAA7fEEdy

Johnson certainly has a point. The Patriot way has been for the most what the standout offensive line discussed it as — one way of communicating with the media, no-answer answers and for the most part acting professional. The Eagles, on the other hand, have been loose in the entire process, taking on the underdog persona and screaming about no one liking them and not caring during the championship celebration.

Doug Pederson has seemed to be the opposite of Bill Belichick through their respective playoff runs, and after witnessing what he was able to do with such a fun and flexible team, you’d have to wonder if that makes a difference moving forward.