Larry Fitzgerald was fined $23,152 for an illegal blindside block vs the Packers 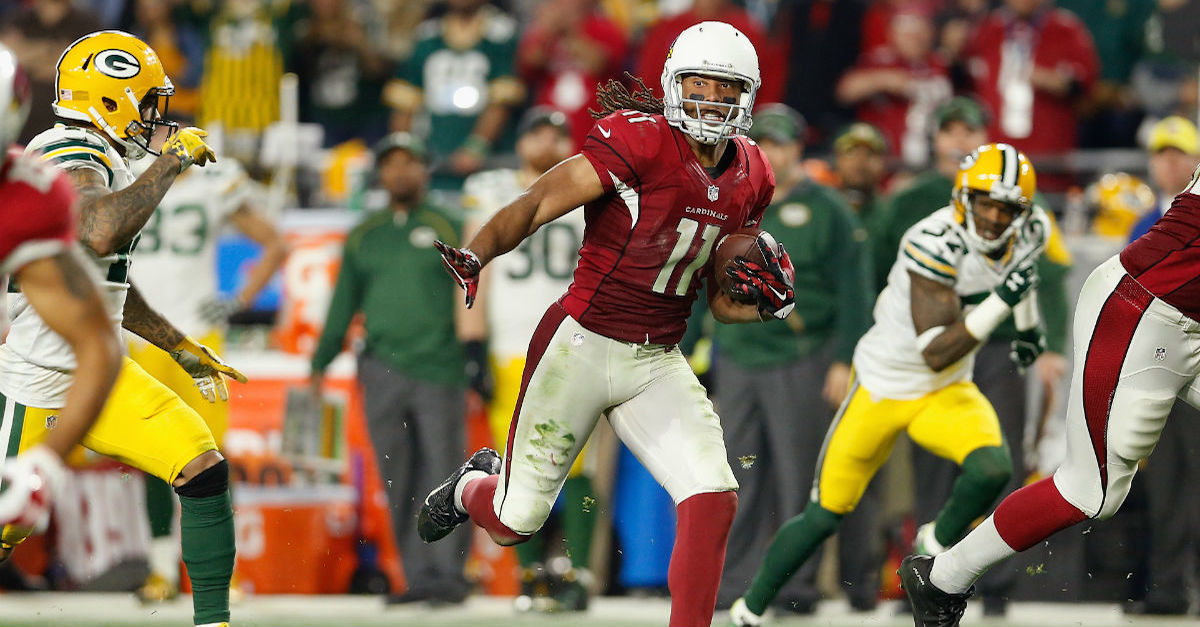 That’s a lot of money for one penalty. Arizona Cardinals wide receiver Larry Fitzgerald was flagged for an illegal blindside block that happened in the third quarter against the Green Bay Packers last Saturday night. The NFL fined him $23,152 for the block, according to the NFL Network’s Ian Rapoport.

According to Pro Football Talk, Fitzgerald was flagged for the move during first-and-goal from the Green Bay seven, on a three-yard run by receiver John Brown. Fitzgerald applied a shoulder to the head of safety Morgan Burnett.

The penalty moved the ball to the 20 yardline, and the drive allowed the Cardinals to make a field goal, cutting Green Bay?s lead from 13-7 to 13-10.

Fitzgerald has the right to appeal the fine, although no reports have surfaced of Fitzgerald deciding to appeal.